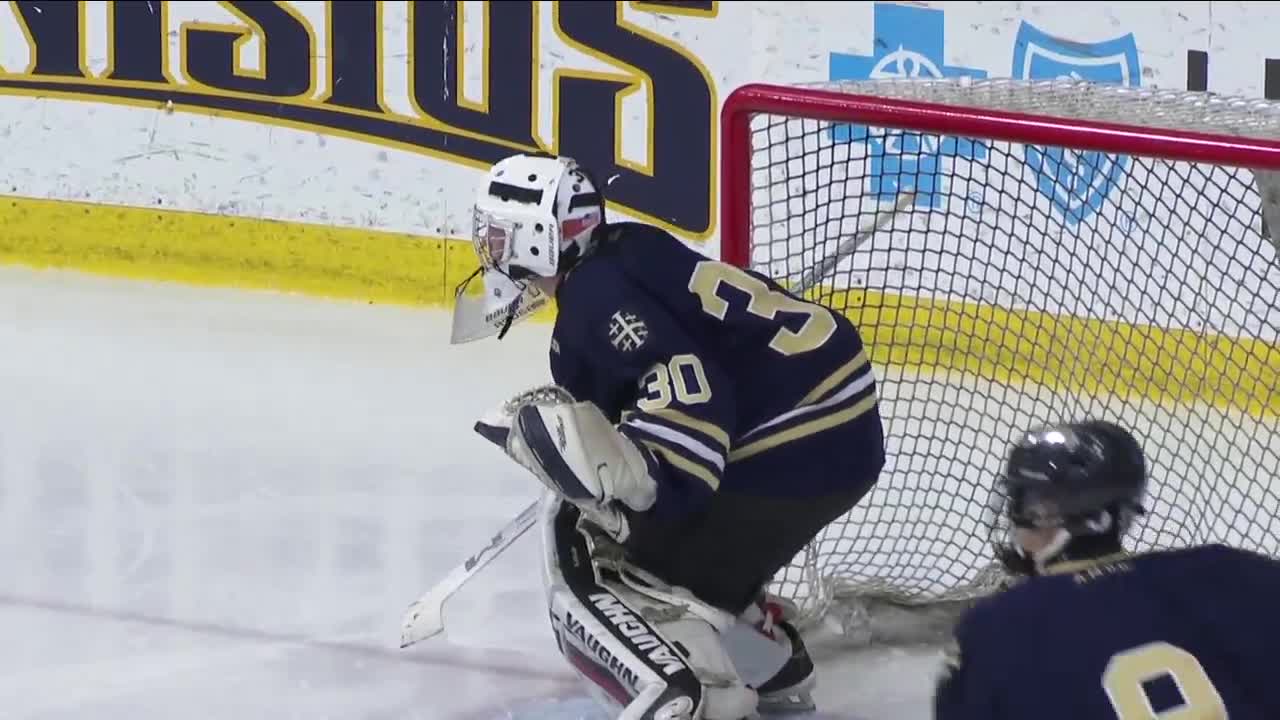 BUFFALO, N.Y. (WKBW) — It'll be St. Joe's and St. Mary's playing for the Monsignor Martin boys fed hockey title in a re-match of last year's final. On Monday, both teams won their semifinal games to advance to the championship.

Despite a late comeback from 4th seed St. Francis, top seed St. Joe's held on and picked up a 5-3 win where five different Marauders scored goals. Trevor Galante recorded 28 saves in the win.

In a back and forth game, 2nd seed St. Mary's held on to beat 3rd seed Canisius in triple overtime with Jared Mangan grabbing the game-winner.

The Championship game is set for Sunday, February 24th at 2:30 p.m. The game will be played at KeyBank Center.