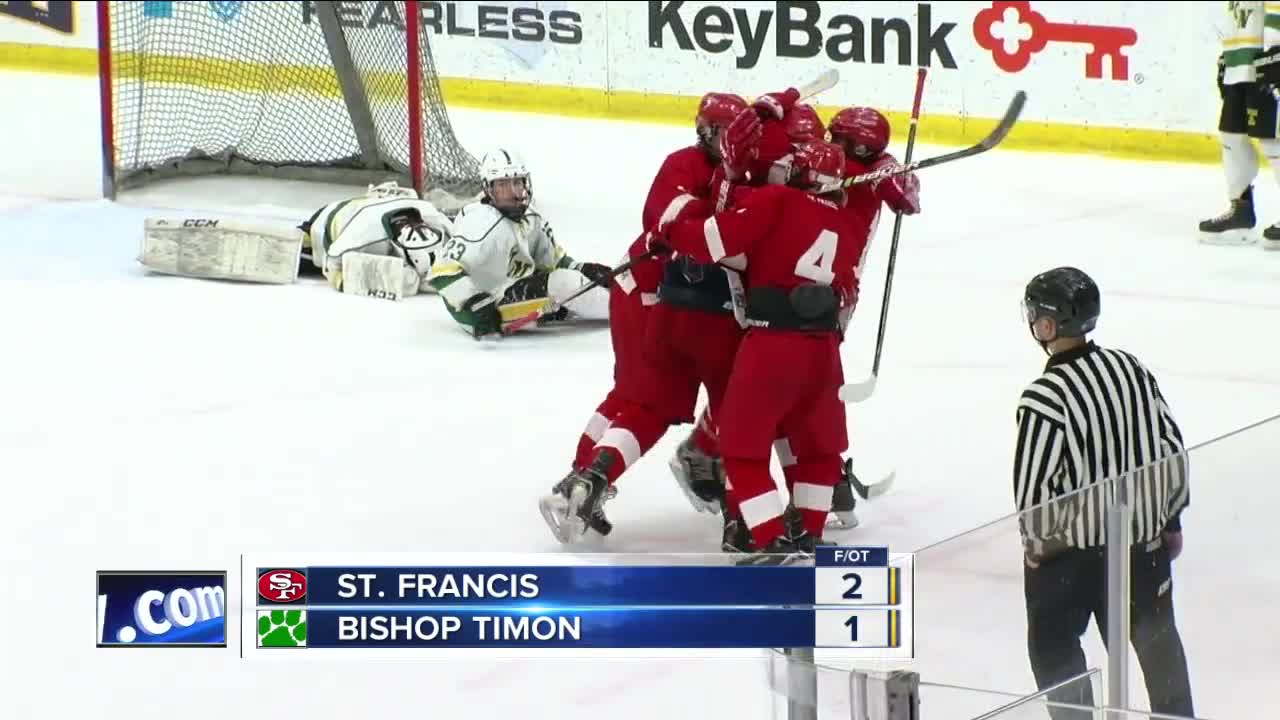 BUFFALO, N.Y. (WKBW) — The private school hockey semifinals are set. With a 2-1 win over Timon in overtime, St. Francis punched their ticket to the next round.

Sean McCarthy struck first for Timon in the 2nd period on the power play to give the Tigers a 1-0 lead. St. Francis though responded in the third after Alec Dobinski found the net with less then six minutes left in regulation. In the overtime period, Dylan Mack scored the game-winner.

St. Francis will now play top seed St. Joe's in the semifinal round next week. Canisius and St. Mary's will play in the other semifinal game with the winners advancing to the Championship.