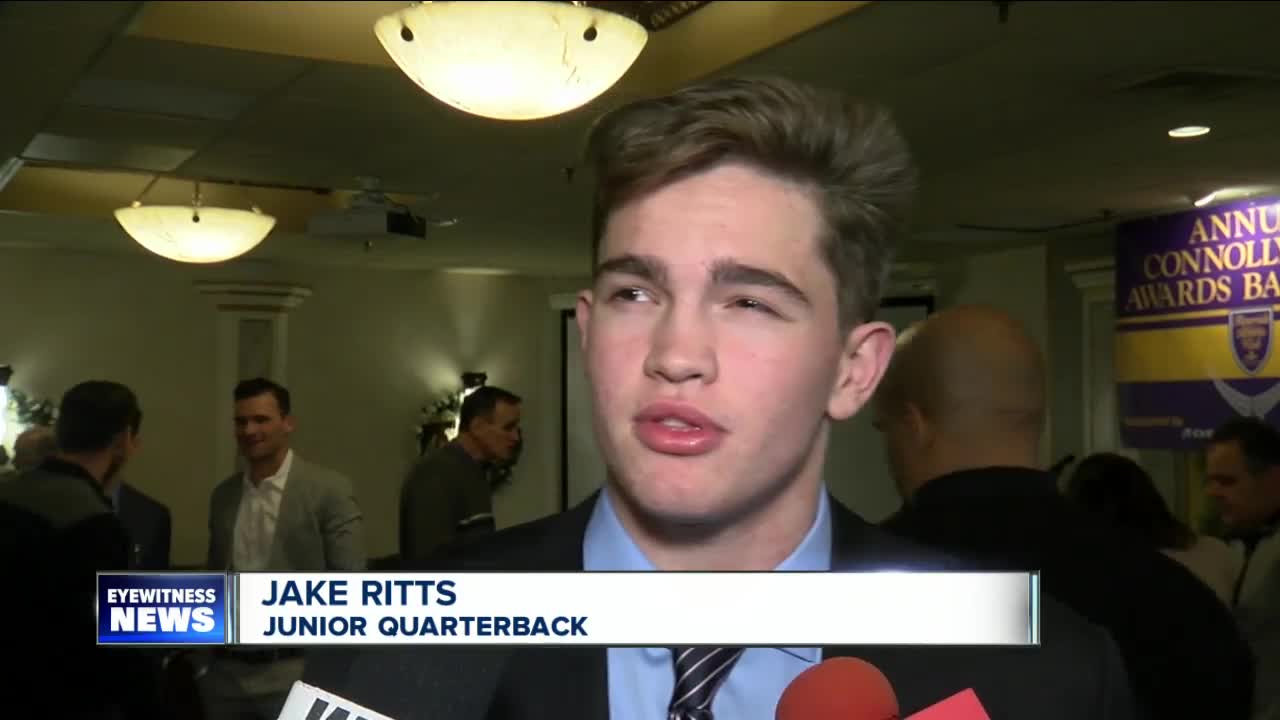 BLASDELL, N.Y. (WKBW) — After being named a Connolly Cup finalist for the second time in his high school career, Jake Ritts won the 2019 Connolly Cup on Saturday.

"It means a lot to me, but it doesn't define me as a person overall," Ritts said. "I feel like any one of these guys could've won the award."

Ritts led the St. Francis Red Raiders to an 8-2 record in his junior season. According to MaxPreps, Ritts threw for 2,431 yards and 28 touchdowns.