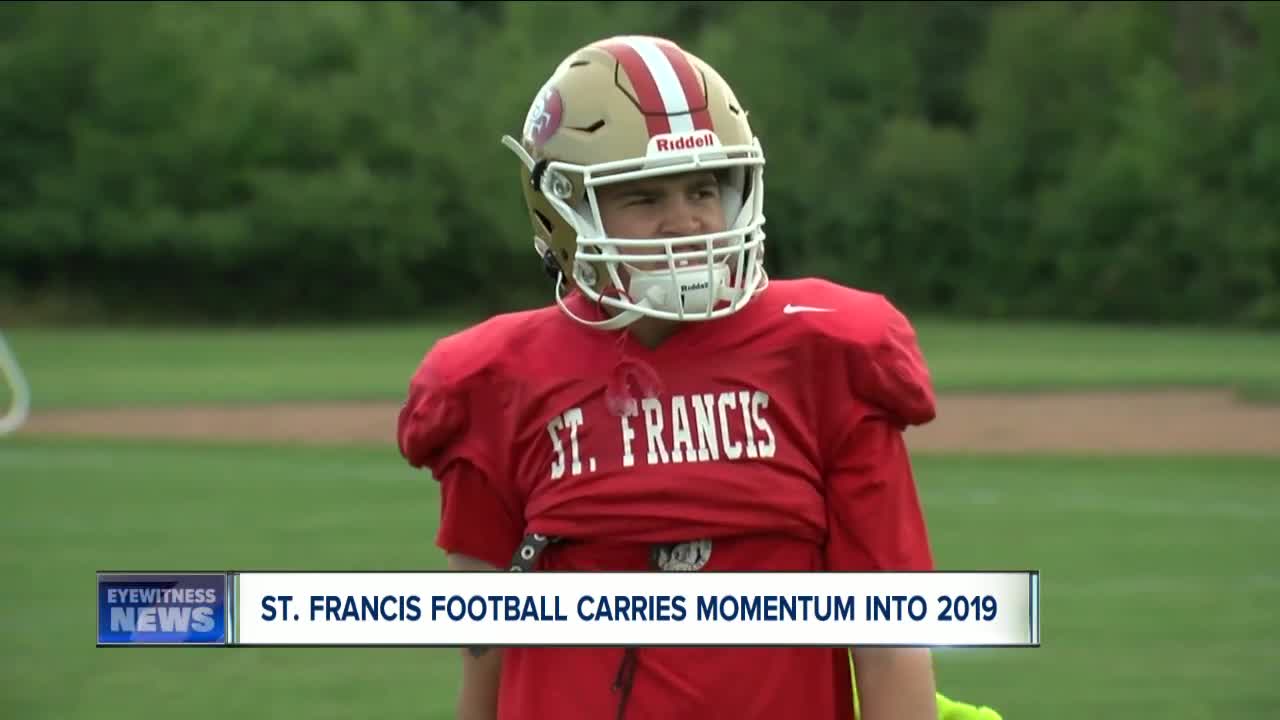 A young St. Francis football team clicked at the right time in 2018 and looks to continue the trend this year.

ATHOL SPRINGS, N.Y. (WKBW) — St. Francis football was a young team last season. The Red Raiders started slow, but they got hot at the right time.

"Everything kind of gelled together, and in the off-season, that carried over," head coach Jerry Smith said. "We were a young team last year."

The youth was as prevalent under center as anywhere else: sophomore Jake Ritts started at quarterback all season. He threw for over 3,000 yards and 36 touchdowns.

"I've been reading defenses better than last year. I definitely improved on that," Ritts said. "The offense is just easier for me this year."

As St. Francis takes its pass-first attack all over Western New York and the rest of the eastern Great Lakes, Ritts simplifies the goal for himself and his teammates.