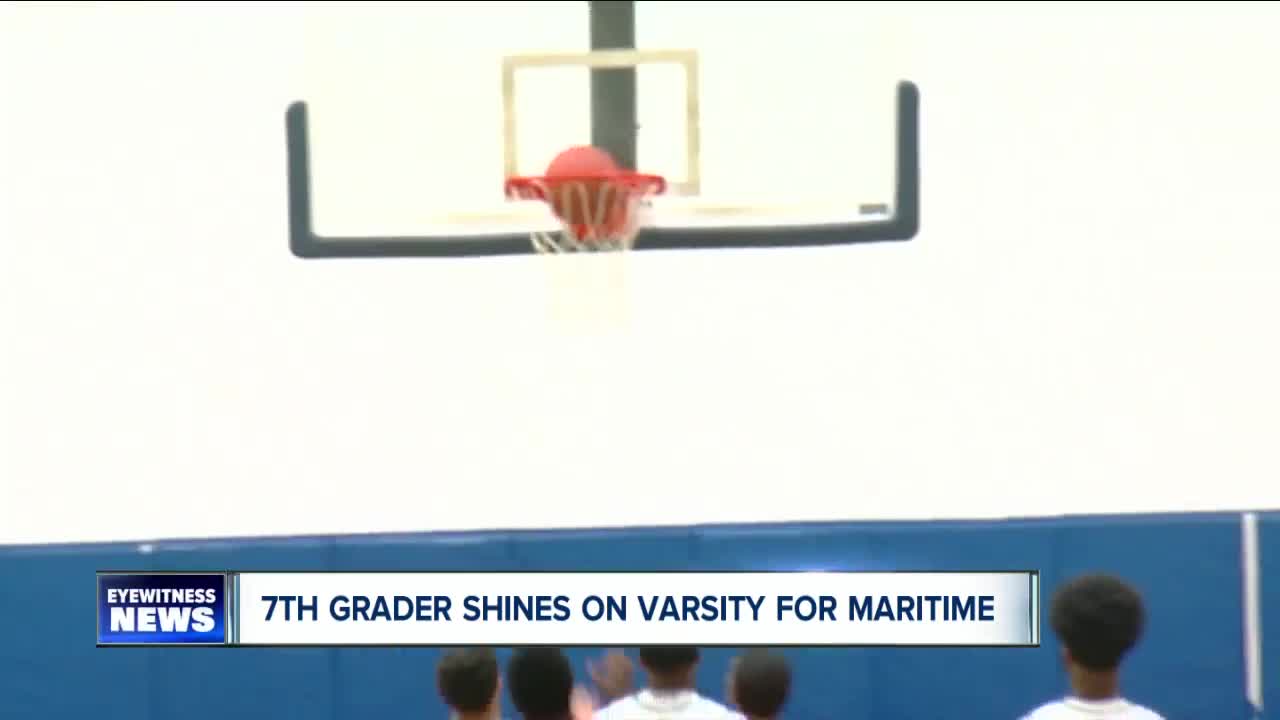 Greg Brooks made Maritime Charter's varsity team as a 7th grader. Adam Unger takes a look at his impact on the court and the mentality that drives him off the court.

BUFFALO, N.Y. (WKBW) — It's never easy making varsity. It's even harder when you're the youngest and smallest player in the room. But that didn't stop Maritime Charter's Greg Brooks.

"The tryouyts were like a month. There were a lot of kids here," Brooks said. "But a lot of them quit."

This seventh grader, though, has no quit in him. Matching up against someone bigger than him is nothing new.

"You have to move quick, get the ball out of your hands, and find an open spot on the court," Brooks said. "I'm used to it. I've been playing up my whole life."

"He's a leader on the court," Maritime head coach Joshua Parker said. "Most days, he's one of our guys that we look to. It's crazy to think that he's a seventh grader because it doesn't seem like it on the court."

Brooks says he plans to continue his playing career first at a prep school, then in Division I, then in the NBA.