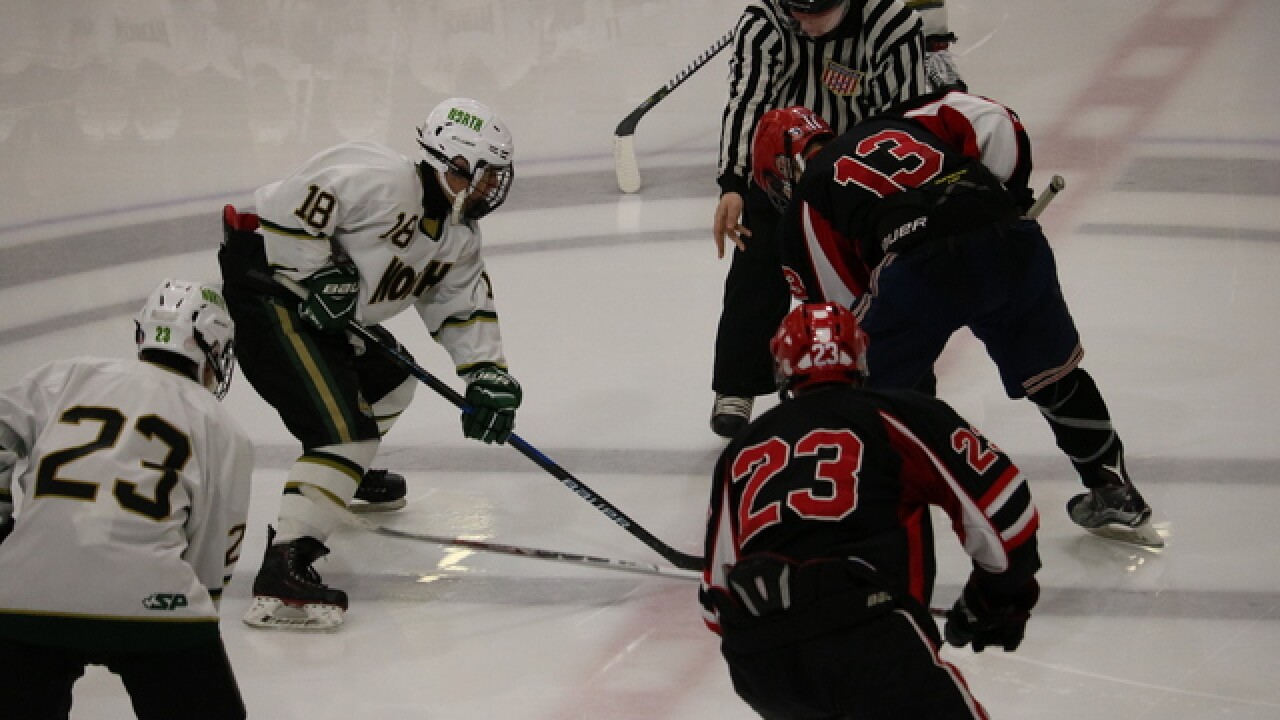 The Section VI boys hockey large school final is set and it'll feature the top two seeds in the bracket.

Williamsville North and Niagara Wheatfield will play for the Section title after each won their semifinal games on Tuesday night. The games were played at the HarborCenter.

In the first semifinal game of the night, Williamsville North beat Lancaster 5-1, outshooting the Legends 36-22. The Spartans struck first with a goal from David O'Donoghue 7:32 into the first period. Andrew Bruno and Kevin Martin each added another to make it a 3-0 game through the first period. Brett Sardina added the final two goals while Reilly Moyer made 21 saves in the win.

In the second semifinal game of the night, Niagara Wheatfield beat Orchard Park 3-0, outshooting the Quakers 33-9. The Falcons built a 2-0 lead after the first period thanks to two power play goals from Chris Tobey and Chace Woods. Dom Pulli added the third and final goal in the third period.

Williamsville North and Niagara Wheatfield will meet in the Section VI large school finals next Monday at 4pm at the KeyBank Center.