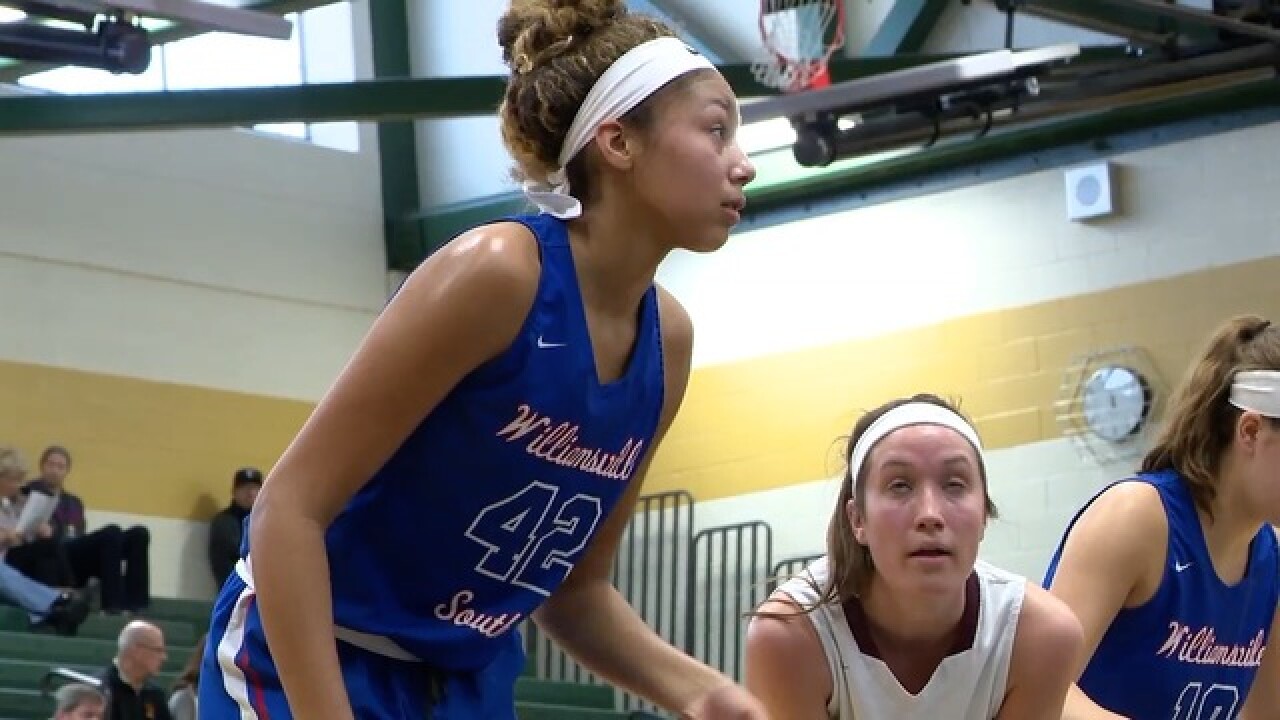 In their quest for their second state title in the last three years, the Williamsville South girls fell 70-61 to Elmont Memorial in the Class A semifinal game. Freshman Amari DeBerry had a team-high 30 points in the loss while Tatyjana Scalisi added 14 points. Naomi DeBerry chipped in with 11.

Coming off their first state appearance in more than two decades, the Allegany-Limestone girls fell 55-50 in the Class C semifinal game. Captains Morgan Davis and Brooke Giardini led the Gators with 14 points in the loss while Tierney Hemphill added eight.

For the second straight season, the Health Sciences boys fell short in the Class B semifinals, falling to Seton Catholic 65-61 in double overtime. Kameron Briggs led the Falcons with 23 points in the loss, Diciare Riley added 10 while DaVonte Gaines chipped in with nine.