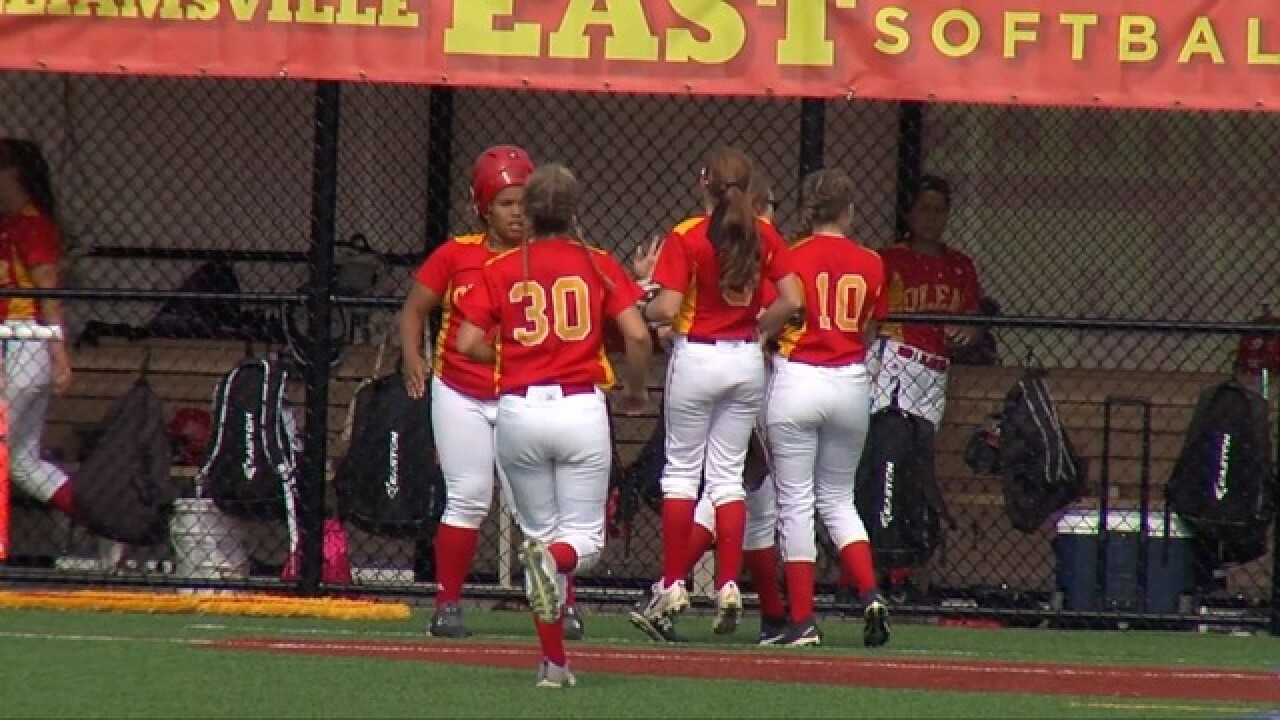 The season came to an end for the Olean and North Collins softball teams after both fell in the NYSPHSAA state semifinals on Saturday. The games were played at Moreau Recreational park in Edward, N.Y.

In the Class B game, Olean was blanked by Ichabod Crane of Section II 5-0. The Huskies were trying to bring home the program's first state championship. Their only other appearance in the state semifinals was back in 2010 where they won their semifinal game but fell in the finals.

Iroquois and Chautauqua Lake also made it to the NYSPHSAA state semifinals and won their games. Both were scheduled to play in the Championship games Saturday evening.