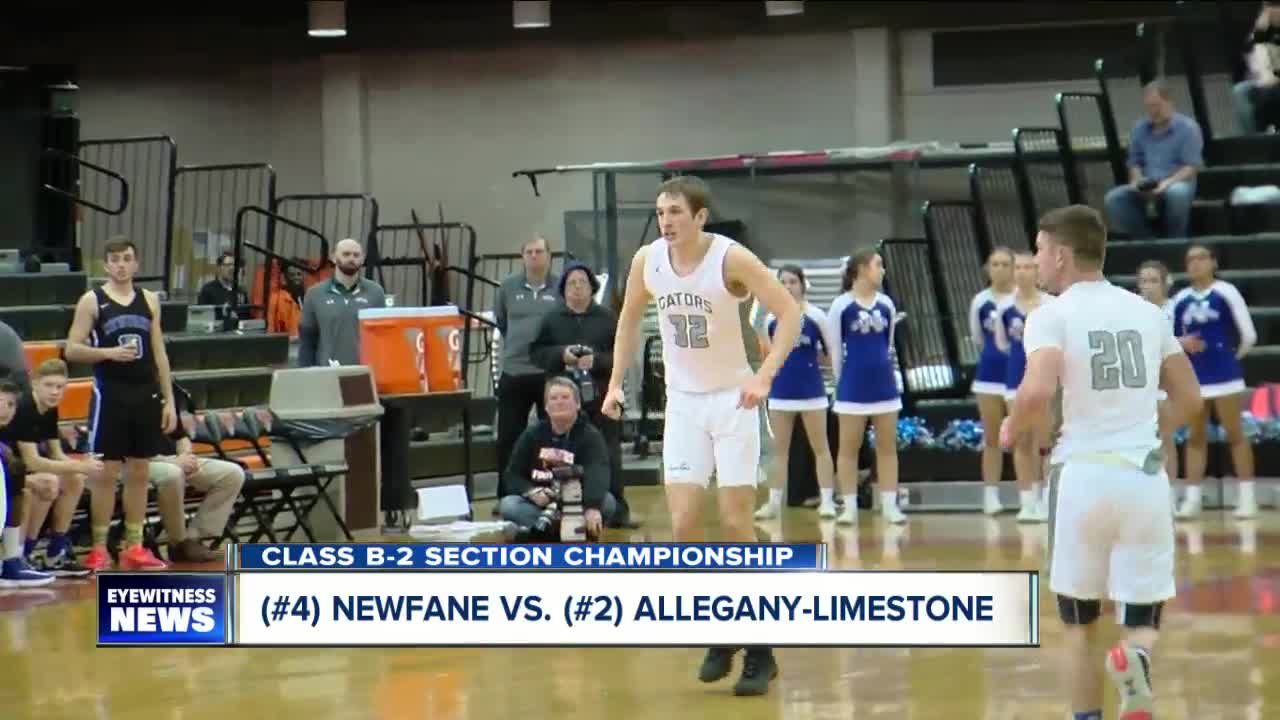 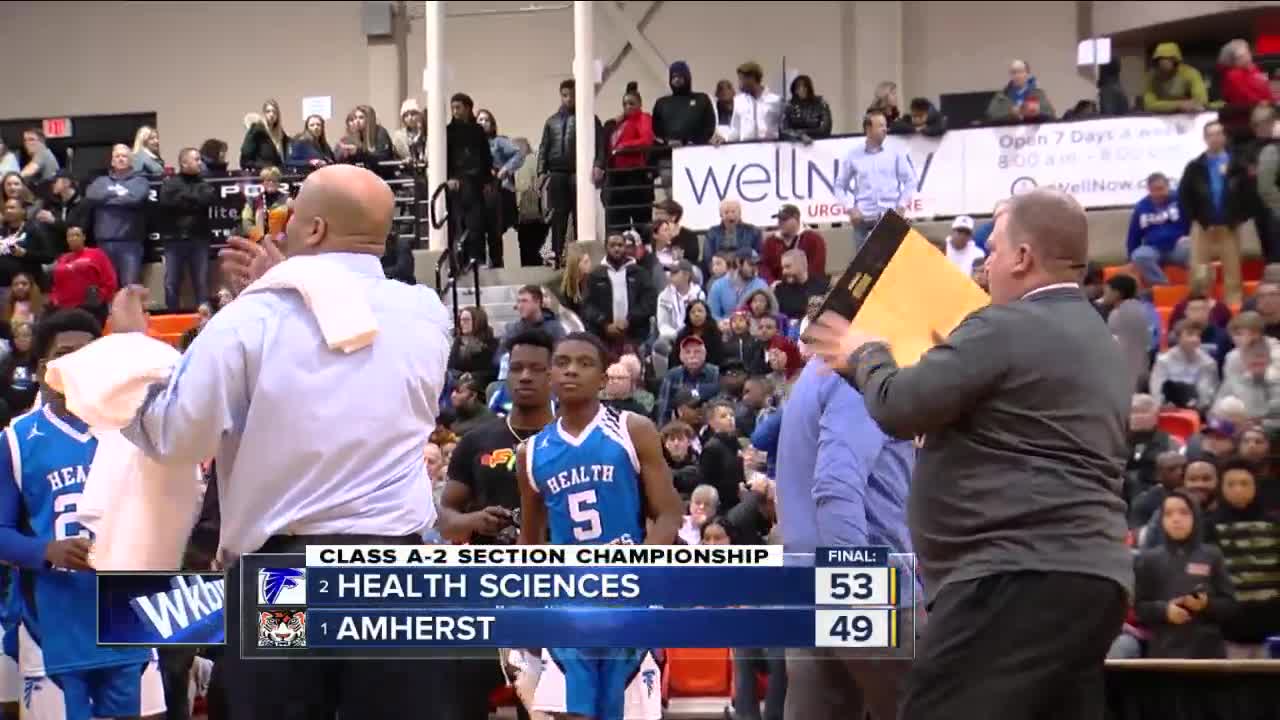 The first game of the day saw the Gators beat Newfane 54-45. Ben Giardini led the way for Allegany-Limestone with 13 points. They'll play Olean on Tuesday in the Class B crossover game.

Olean's key to victory was three-point shooting. They won 67-32 behind 18 points apiece from Covi James and Zion James.

The late games settled the Class A crossover game. Health Sciences hung on to beat top seeded Amherst 53-49 in a close game that came down to fouls and free throws.

The Lumberjacks of North Tonawanda await them after NT's 64-56 win over West Seneca West.