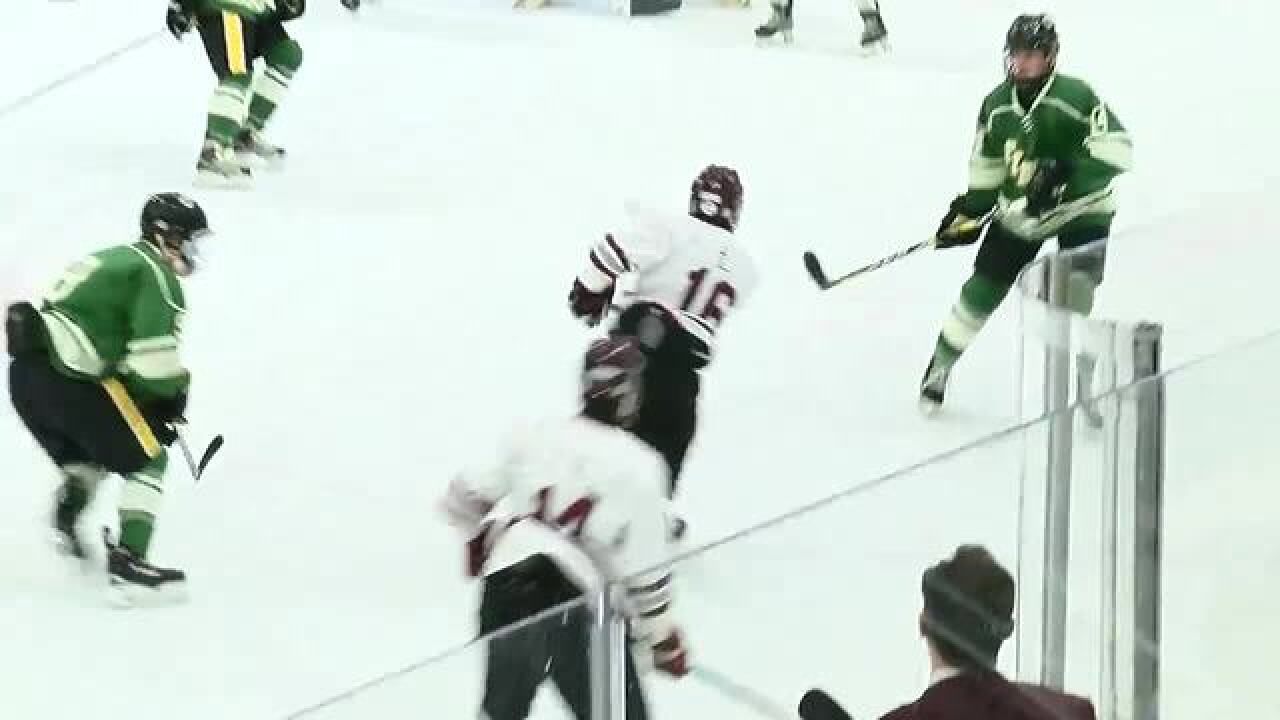 The Niagara Cup Final is set.

St. Joe's and St. Mary's will battle it out on the ice next week after each won their semifinal games on Monday. The games were played at the HarborCenter.

St. Mary's entered Monday's game as an underdog looking to upset top seed Canisius and they did just that despite putting up just 17 shots on goal compared to Canisius' 36.

Brendan Krawczyk scored St. Mary's first goal of the game in the 2nd period and that was all they'd end up needing. Daniel Pfalzer added two goals and an assist while Robert Stoklosa scored the other goal. Camero Ruggiero made 36 saves in the win.

Patrick Gilbert got the scoring going early in the first, their lone goal of the first period. They added four more in the second period and three more in the third. Max Wopperer had two goals and two assists to lead the Mauraders.

The Niagara Cup is set for Monday, February 26th at 8:30pm at the KeyBank Center.