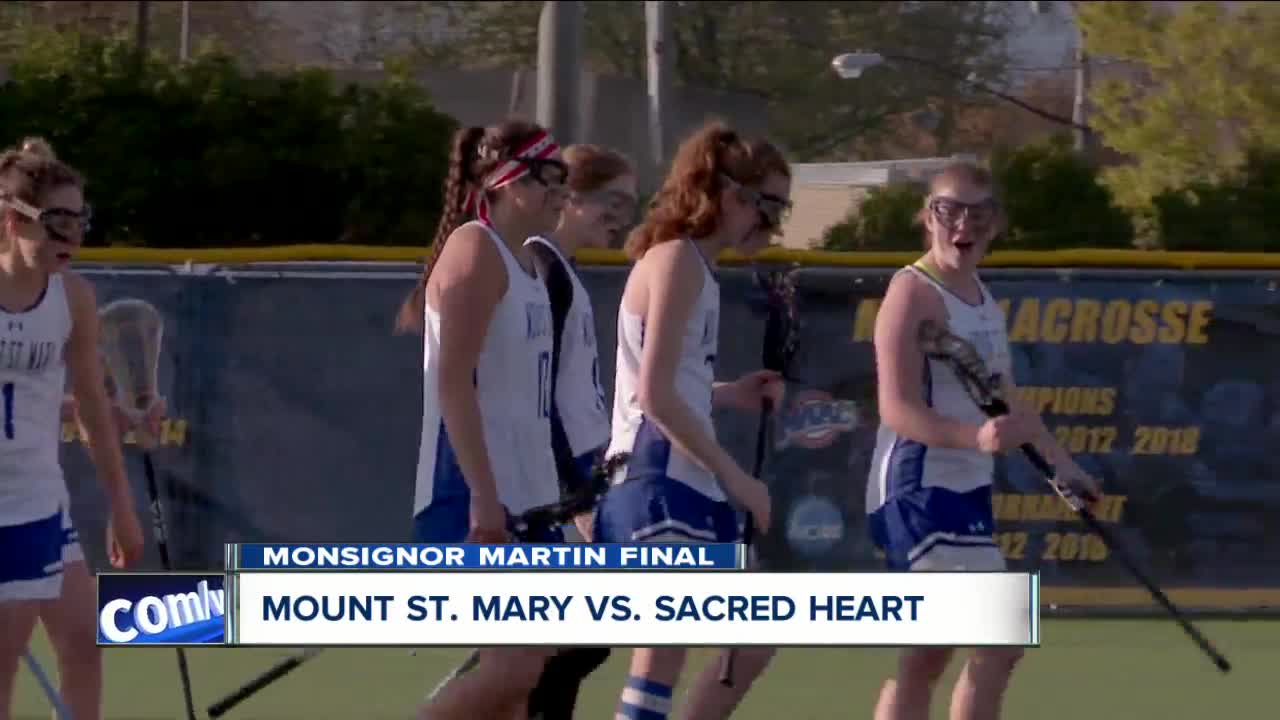 BUFFALO, N.Y. (WKBW) — Mount St. Mary made history Tuesday night. Not only did the girls lacrosse team win a Monsignor Martin title, they advanced to the inaugural state playoffs.

"This is what we wanted to do," said head coach Paige Printup. "We wanted to go to states. When we found out this was the first year we could be going, that was our goal from the very beginning."

Lois Garlow led the Thunder with seven goals while Lauren Mucica and Emma Telesco added three goals in the win.

Next up for the Thunder is the New York State Catholic High Schools Athletic Association Tournament this weekend in Long Island.