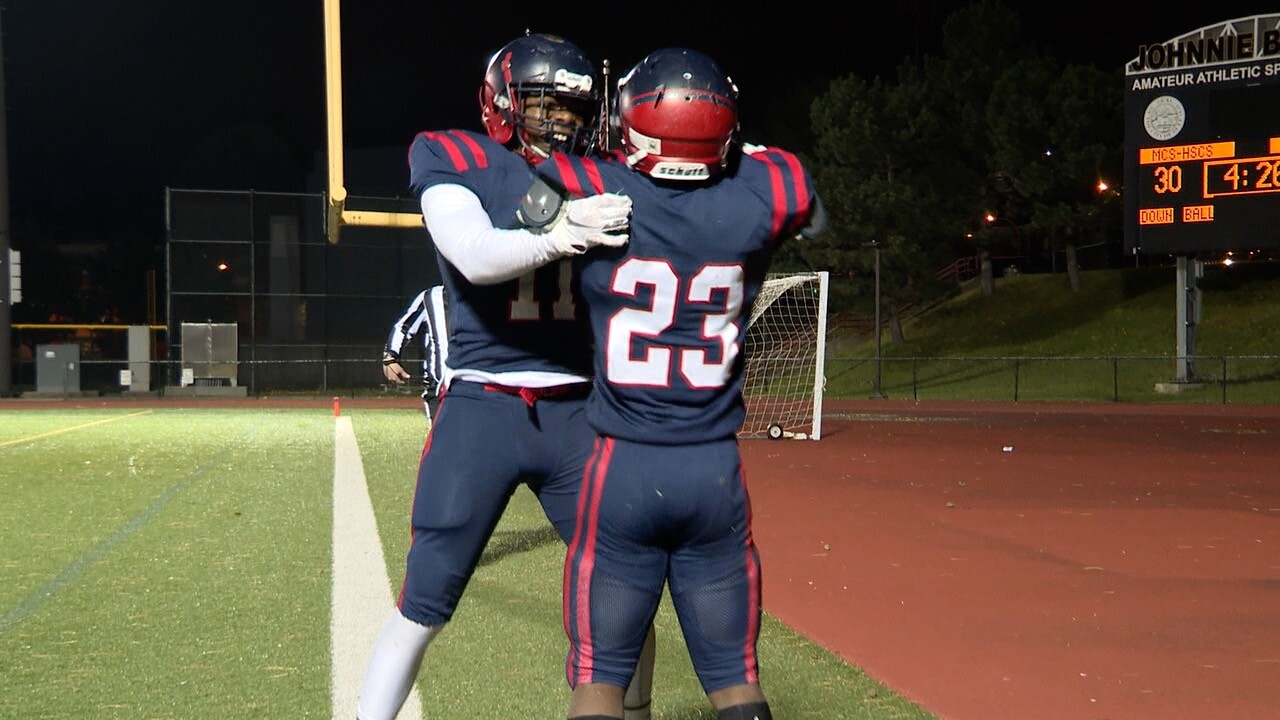 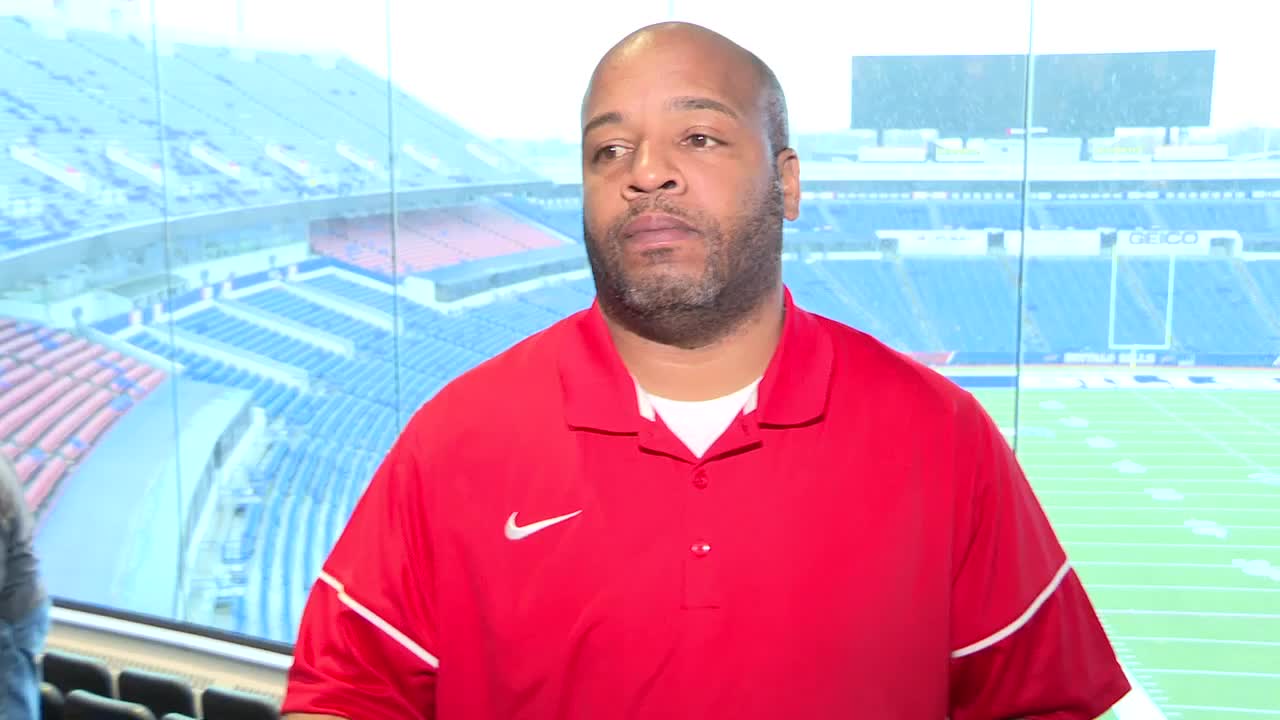 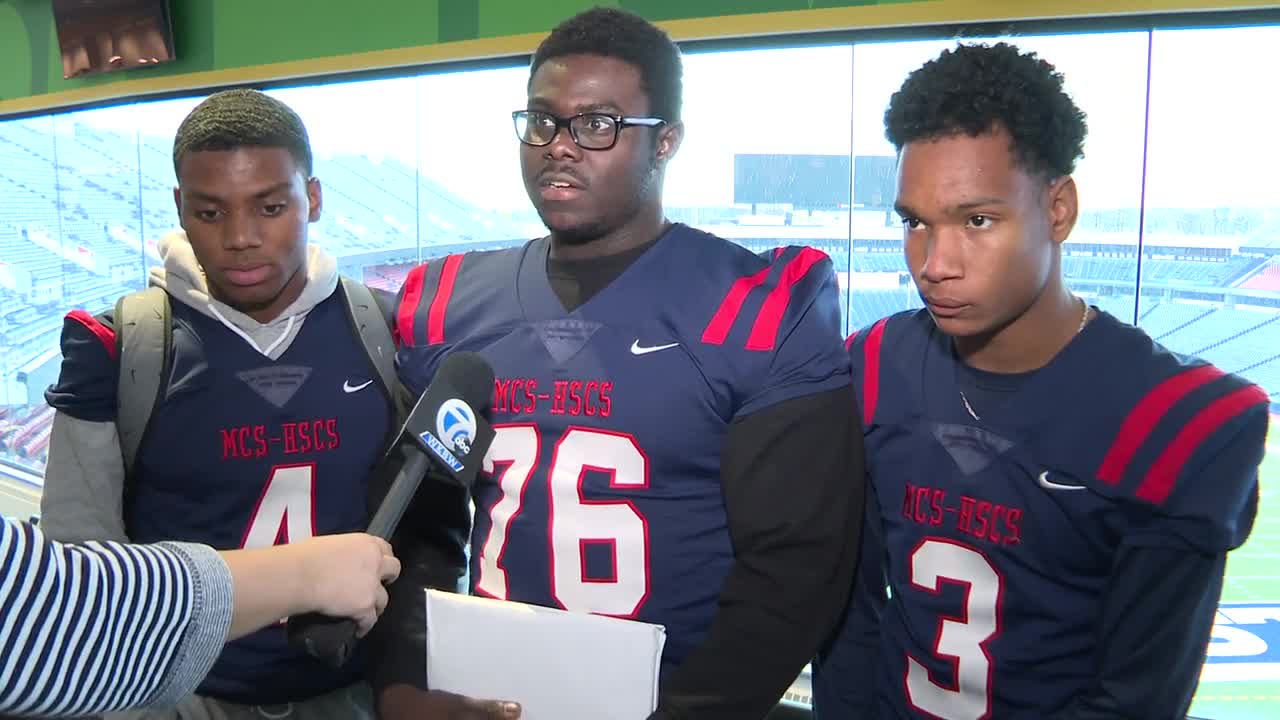 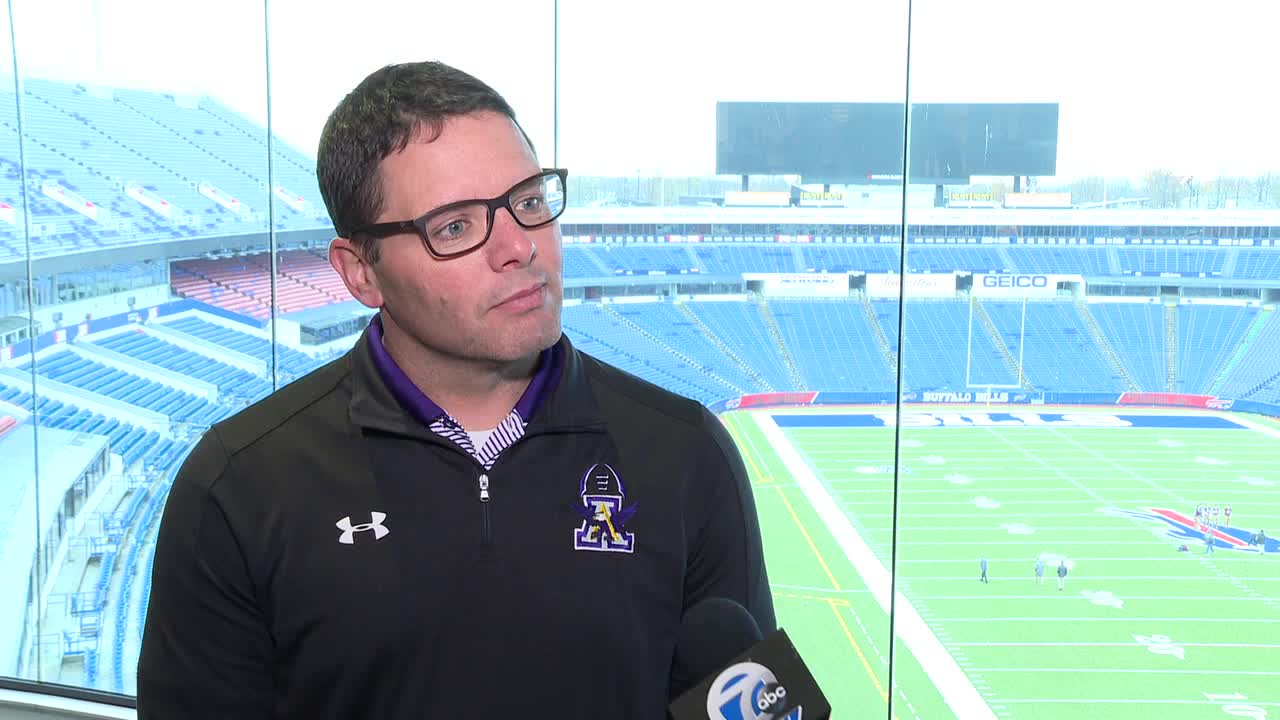 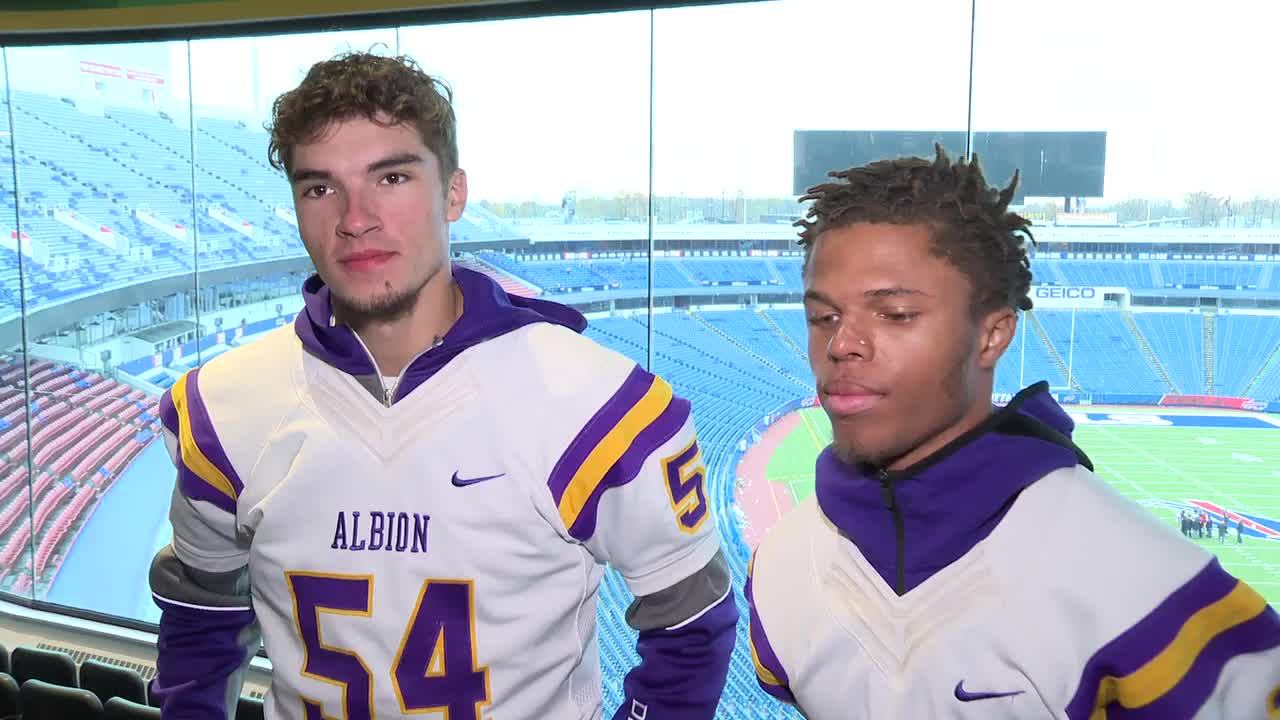 Full interviews from Maritime/HS and Albion coaches and players can be found above this article. Hit the arrow buttons to view each interview.

Two one-loss teams will go head-to-head for a section title. Maritime/HS and Albion will meet on Friday in the Section VI Class B Final, with a trip to the Far West Regional on the line.

Maritime/Health Sciences continues to make program history. The second-year program not only had their first winning season, but will be playing in the section final for the first time ever. The Falcons won just two games last year, a huge improvement as they see their ninth win of the season. Jion Washington has completed 26 passes for more than 600 yards, leading an offense that has surpassed more than 2,700 yards so far this season in the air. Leading the receiving corps is Maurice Vaughn who's nearing 1,000 reception yards on the year. The defense has recorded 17 sacks and counting.

Albion is making their first section title game appearance since 2002. Both of their playoff wins have been close, beating Tonawanda by three and Olean by seven. The Purple Eagles are led under center by Thomas Furmanski who's completed 60 passes for more than 800 yards. The majority of those yards were passes to Kevin Hillman who has more than 450 yards receiving on the year. Albion runs the ball quite often with a total of 268 carries through nine games. Tyray White and Briliance Johnson have combined for more than 1,100 yards on the ground.

The winner of Friday's game will advance to the Far West Regional round on November 16th at The College of Brockport.