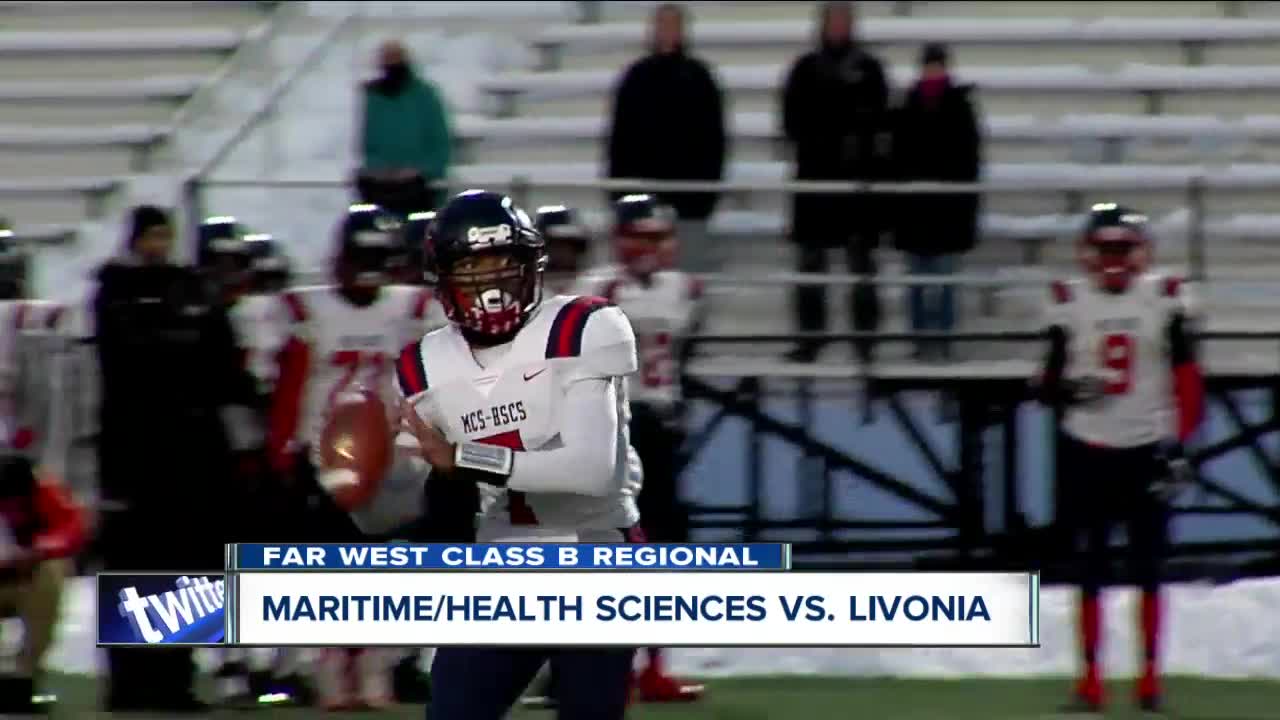 Section 6 teams went 2-1 in the Far West regionals at SUNY Brockport on Saturday.

The games started with Southwestern against Letchworth/Warsaw at noon. Tywon Wright was a dominant force in the 54-8 blowout.

In class B, Maritime/Health Sciences found a spark in the second half after going into the locker room down 16-8. The Falcons came back to knock off Livonia 40-29.

The night game was a Class AA matchup between Lancaster and McQuaid Jesuit. The Legends held a lead early, but McQuaid won 32-28.

Southwestern and Maritime/Health Sciences move on to state semifinals at Cicero-North Syracuse high school next week.