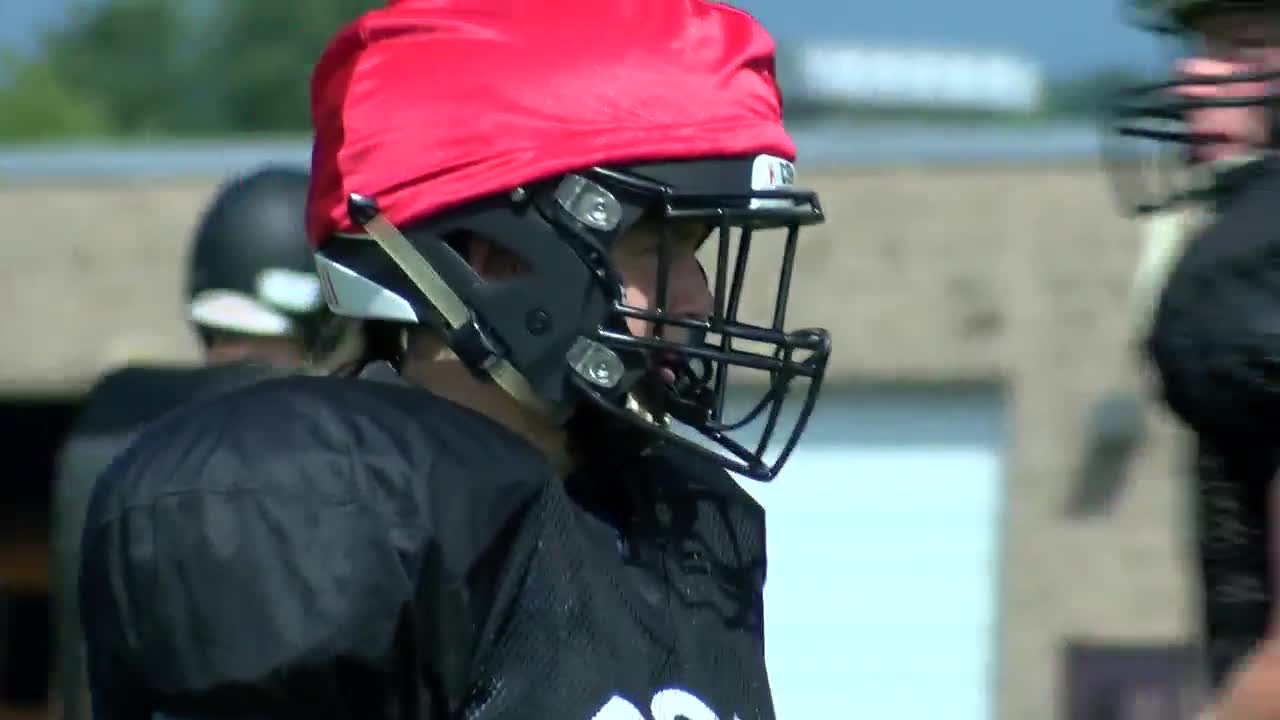 PANAMA, N.Y. (WKBW) — At first glance you may not notice, but if you look a little closer, you'll notice one player on the Clymer/Sherman/Panama football team has a tiny detail the others don't... a ponytail.

"If I didn't play, I would look back at high school and think I should've done that, I should've tried and done something not everybody else is used to."

Sally Watson is one of nearly 40 players on the CSP roster. She's a senior at Panama High School and is the school's second female football player in recent memory. She is the first, however, for the combined CSP program.

"Coming out here playing this, not a lot of girls do that," she said. "They just say, oh it's a guy's sport."

But that thought never crossed Sally's mind. She began playing football just a few years ago and her mother supported her from the start.

"She's always encouraging me to do things that maybe I thought I couldn't do," Sally said.

Since the 9th grade Sally has been sticking with the sport and is now a senior lineman for the varsity team.

"Once they put the pads on, there's no difference between Sally and our male players," head coach Ty Harper said. "She's one of the guys on the field."

Sally does every drill that the other guys do and with help from her coaches, she's learned how to adapt and play her style of football.

"We're taught to use our arm and get that initial blow and sometimes, it's difficult with bigger guys trying to do that," she said. "But it's all technique. Me being a girl, doesn't stop me from being able to do that."

Drill after drill, Sally is giving it her all. The rest of the guys on the field aren't just teammates, they're some of her biggest cheerleaders.

"She's tough and she knows what's going on," senior QB Gerrit Hinsdale said. "She's not just out here to be out here. She's out here because she wants to get something done. She's a very tough girl."

Sally is already setting an example in fact, CSP's junior varsity team also has a female player and during the summer, the program has seen more female participants in their youth camps. Sally's energy, confidence, and determination is spreading and there's more potential for females to give football a real shot. Sally did, and she couldn't be happier.

"It's exhilarating and as a girl, coming out here and doing what guys do, it's amazing," she said.

Harper added, "Maybe there'll be some more Sally Watson's down the pipe."