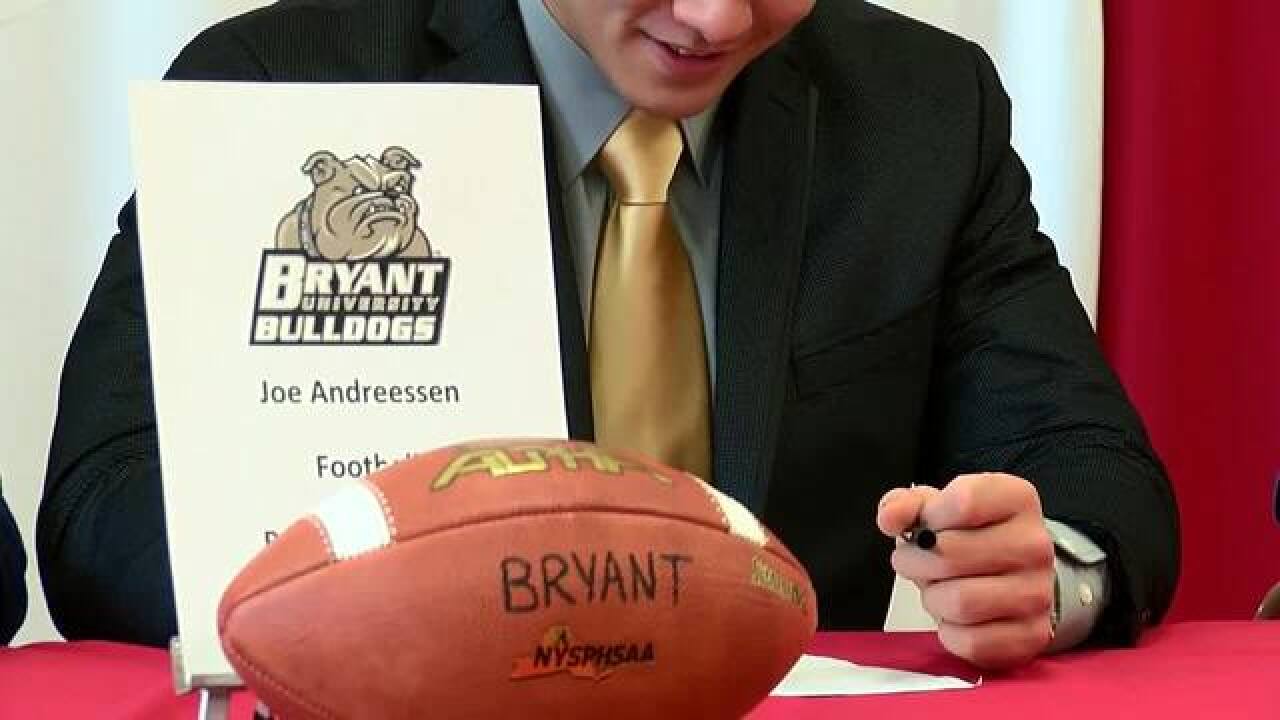 A trio of Lancaster student-athletes are headed to the next level for college athletics.

Joe Andreessen will be playing football at Bryant University. Andreessen was considered as one of the area's top prospects at the running back and tailback position. He had a major workload on the ground for the Legends this season and helped lead them to the Class AA State Championship game where they suffered their first and only loss of the year. He says he will play linebacker in college.

You can find full interview above this article.