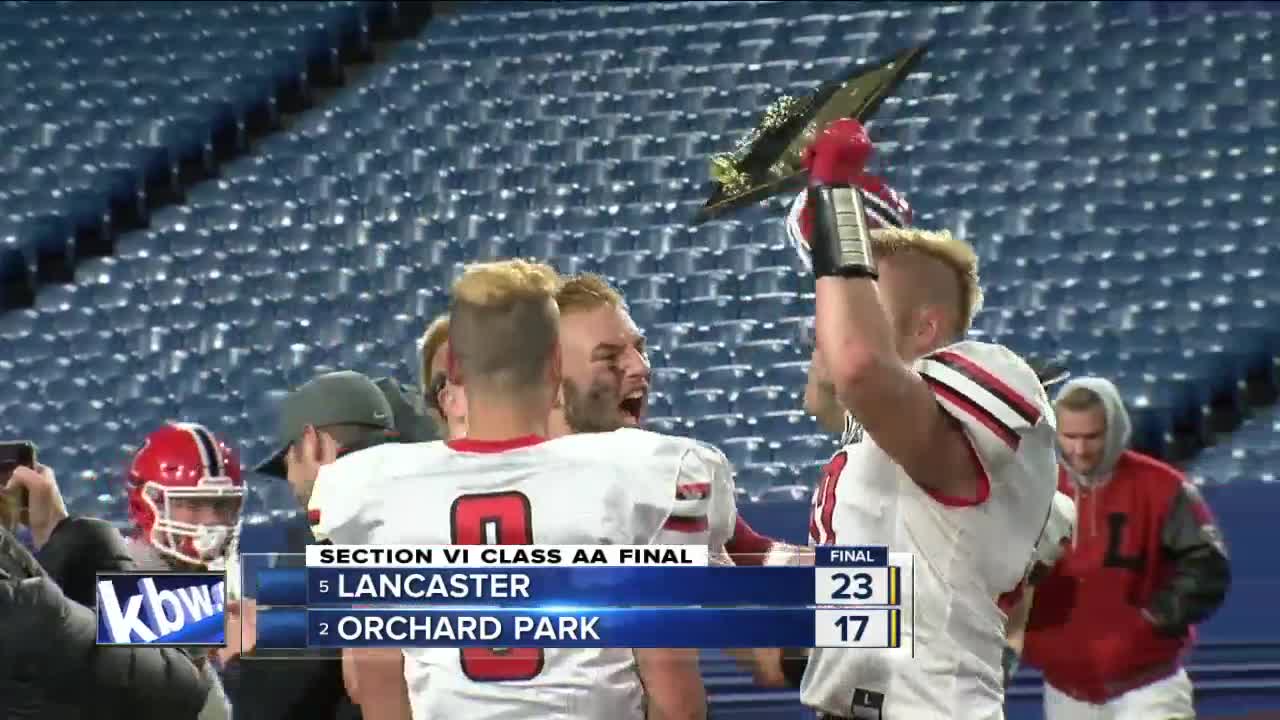 ORCHARD PARK, N.Y. (WKBW) — Two high school football teams are still alive in the hunt for a state championship. On Friday night, Lancaster and Maritime both won their Section VI championship games, punching their tickets to the Regional round.

In the Class B game, Maritime topped Albion 34-20. This marks the Falcon's first ever Section title and first appearance in the regional round. The Falcons program was formed a year ago and after winning just two games last season, have nine wins and counting a year later.

In the Class AA game, Lancaster held on to beat Orchard Park 23-17. The game was all tied up late in the fourth until Cody Phillips scored the go-ahead touchdown with less than a minute to go. Chris Shaver then picked off Jack Sharp on a deep pass to seal the win for the Legends. It's their fourth straight section title as they look to get back to the Dome for the first time since 2017.

The Section VI Class C, D, and A games will be played on Saturday at New Era Field.