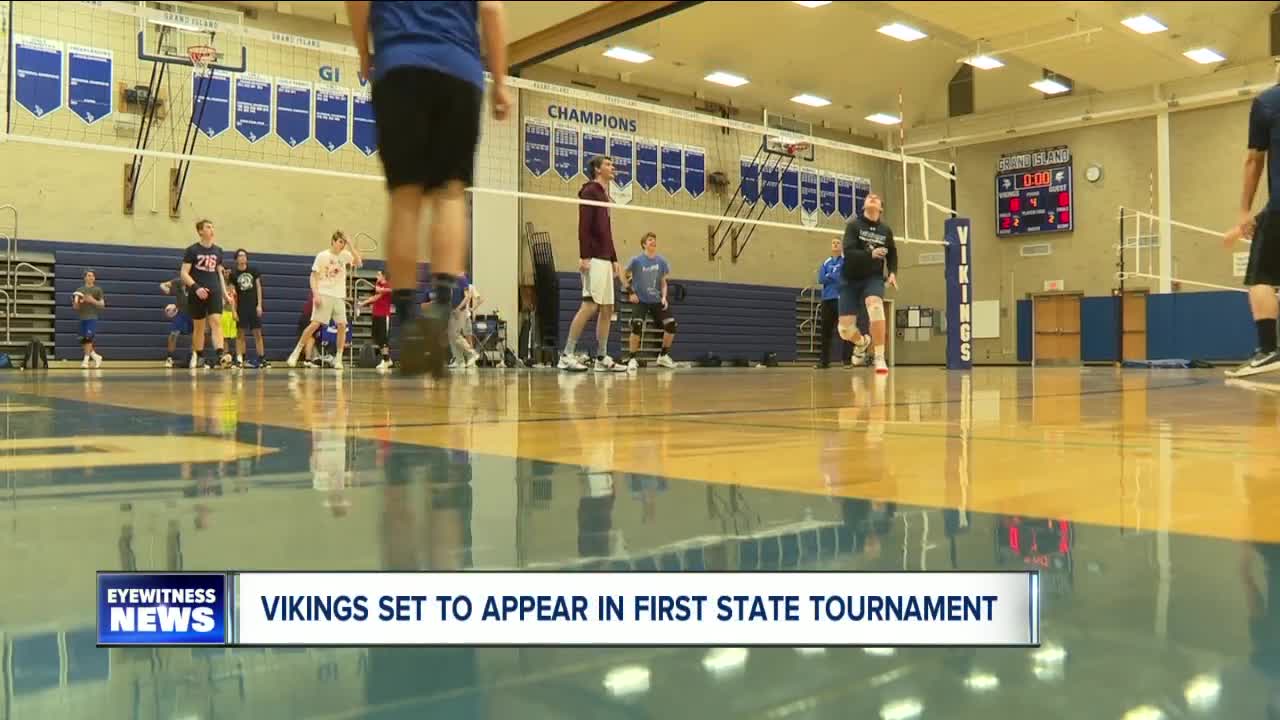 The Vikings won their first ever crossover Section VI title a few weeks ago and followed it up with their first ever Regional title. They are one of three teams competing in Albany this weekend for a shot at the Division II title.

"It's awesome to still be playing," Zach Cramer said. "We started a little over three months ago and all the other fall sports are done but to still be here with my friends and playing volleyball every single night is fun."

"I definitely think we need to stay focused and keep our eye on the prize and don't steer away from that," Billy Wieberg added. "I think we do have a chance. We have a great team honestly, everything's great about it."

Grand Island has never won a state title in a boys team sport. The Vikings plan on sending a bus to Albany so students can help cheer their friends and classmates on.

"Just to know we have so much support coming from all different clubs and sports, it's honestly amazing," Wieberg said.

"Every single one of them has been rooting us on, getting us ready to go, and they've been awesome through the whole entire process," added Cramer.

Pool play begins in the morning. The two teams with the best records following pool play will compete for the state championship later that day.