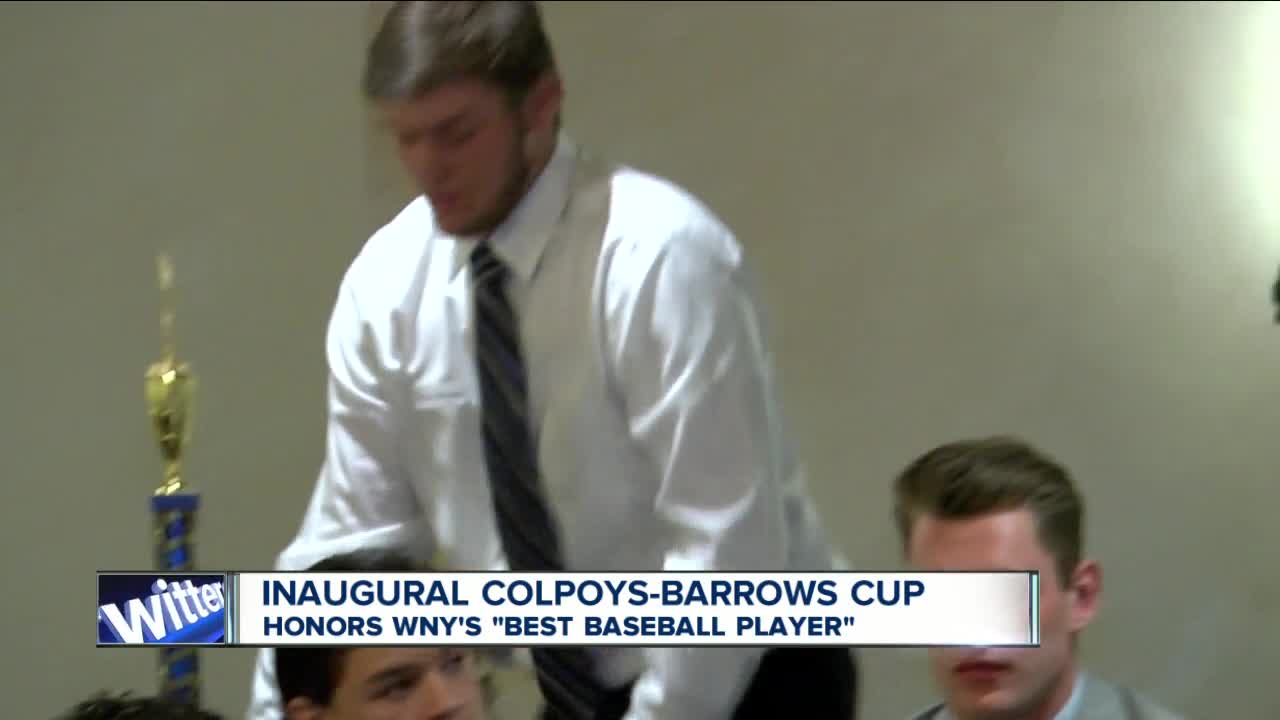 BLASDELL, N.Y. (WKBW) — Frontier baseball player Brian Norsen is the first recipient of the Colpoys-Barrows Cup. It's an award that honors Western New York's "Scholastic Baseball Player of the Year."

Norsen was one of fifteen players from fourteen different schools at the awards ceremony held Wednesday night in Blasdell.

"It's definitely great to be up here with all of those guys and see them again," Norsen said about the other nominees. "I'm definitely very proud to be the first winner of that."

Last season with the Falcons, Norsen had a .423 batting average and had a school record 85 hits.