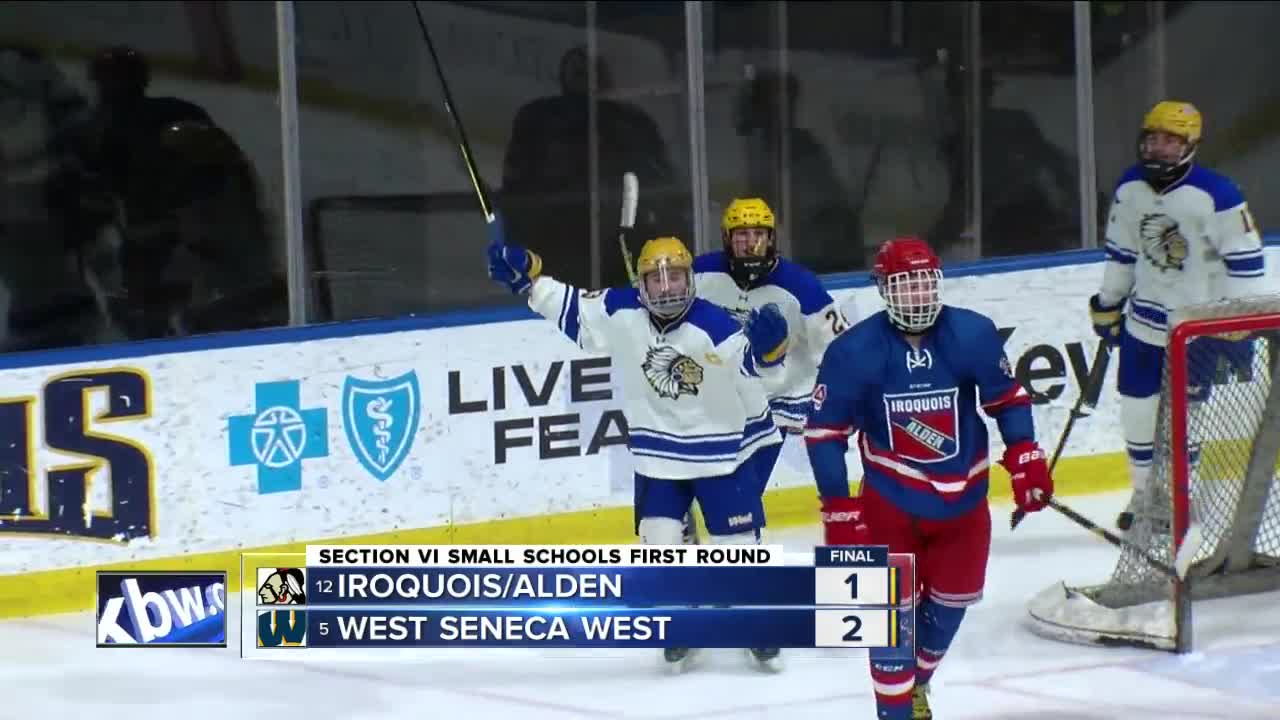 Playoff hockey is underway in Section 6! Catch up on all of Thursday night's pre-quarterfinal action.

BUFFALO, N.Y. (WKBW) — The postseason has started for Section VI high school hockey teams and four small schools have advanced to the next round.

Starpoint, the no. 2 seed, topped no. 15 seed Amherst 7-1 in a game played at Northtown Center. Justin Bull and Max Ciepiela each had two goals in the win.

Grand Island, the no. 3 seed, topped no. 14 Kenmore East 4-0 in a game also played at Northtown Center. Tyler Hunt had two goals and an assist in the win while goalie Bobby Currie made 23 saves for the shutout.

Lewiston-Porter, the no. 4 seed, topped no. 13 seed North Tonawanda 7-3 in a game played at HarborCenter. Jack Evert had three goals in the win while Peter Spameni added two.

West Seneca West, the no. 5 seed, topped no. 12 seed Iroquois/Alden 2-1 in a game also played at HarborCenter. Billy Coughlin scored the eventual game-winner for the Indians.