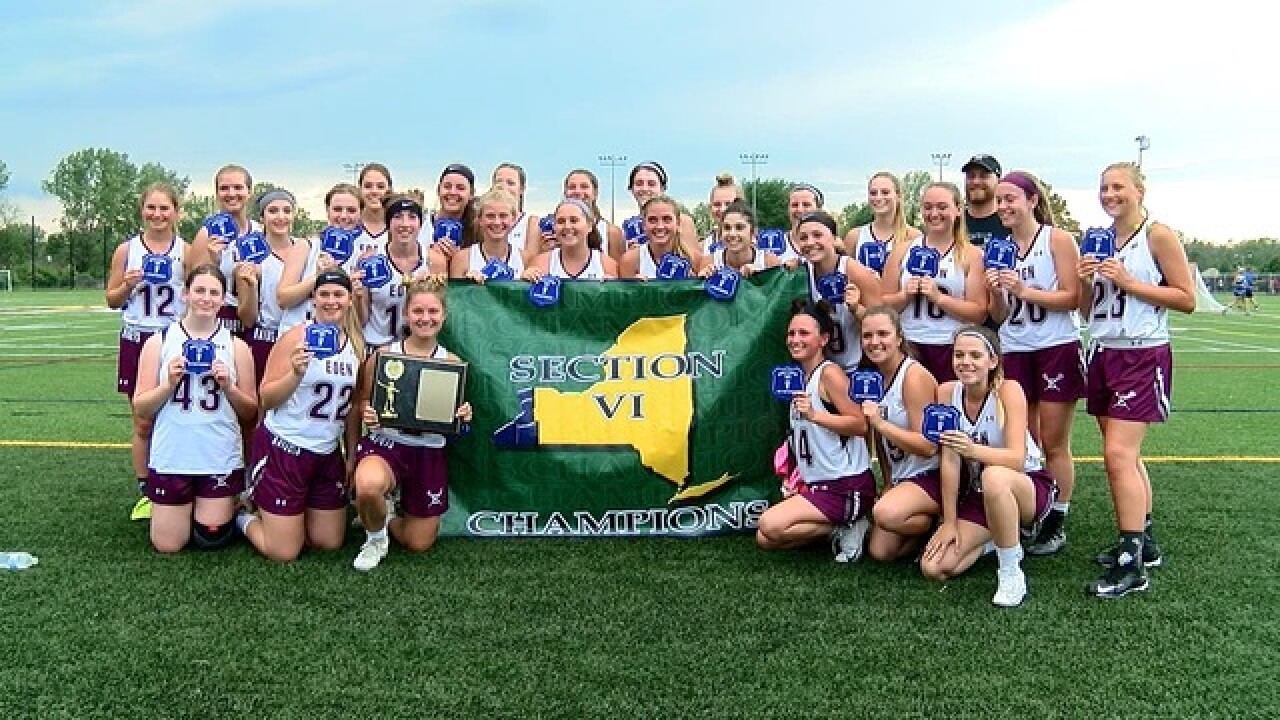 Four girls lacrosse teams are headed to the Regional round after Thursday's Section VI finals.

Lancaster, Frontier, Lake Shore and Eden all won Section titles on Thursday night to advance to the Far West Regionals. The games were held at Williamsville North High School.

In the Class A game, Lancaster beat Orchard Park 15-6.

In the Class B game, Frontier beat Hamburg 13-6. Frontier fell behind 2-0 early but scored six straight unanswered goals to take the lead for good.

Far West Regionals will be held this Saturday at Honeoye Falls-Lima High School. The schedule is as follows: