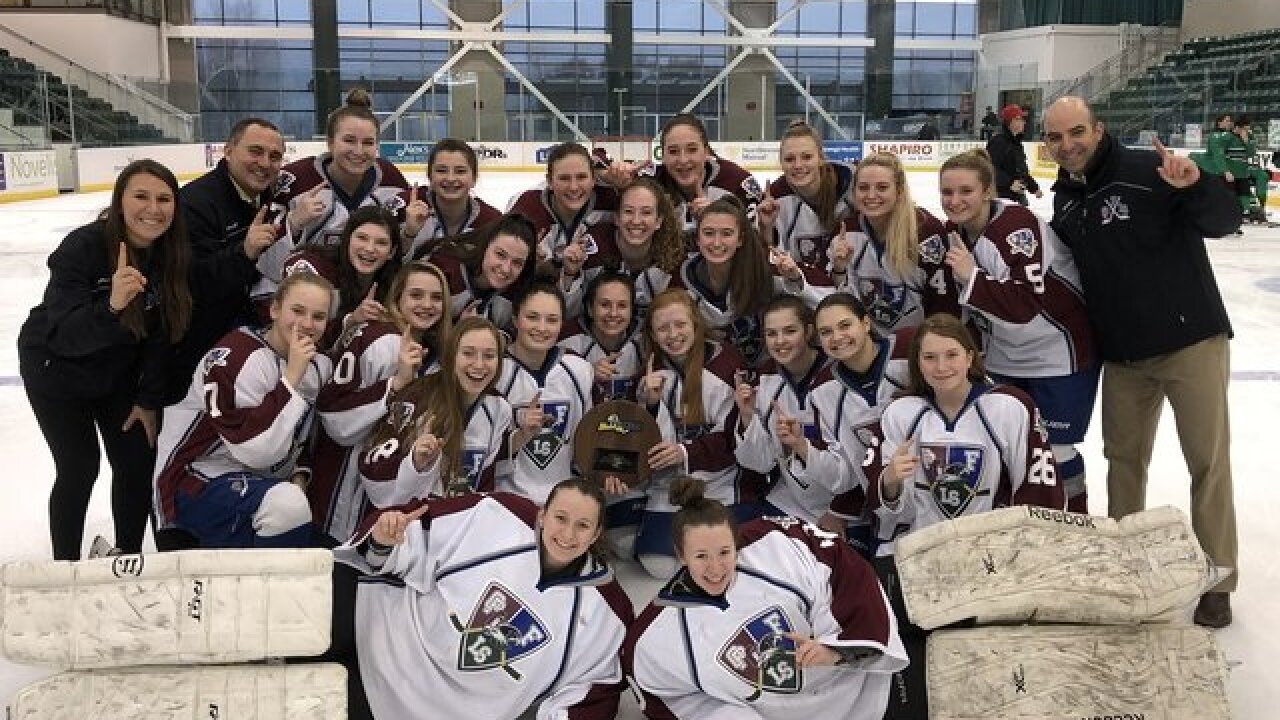 Copyright 2018 Scripps Media, Inc. All rights reserved. This material may not be published, broadcast, rewritten, or redistributed.
<p>Photo courtesy of FLOP twitter.</p>

For the first time ever, Section VI will be bringing home a NYSPHSAA girls state hockey championship.

Count down the thecrown!!! pic.twitter.com/ROnoLKYvtc

On Sunday afternoon, the Frontier/Lake Shore/Orchard Park girls hockey team beat Section X team Salmon River by a score of 4-1 at SUNY Oswego. This is FLOP's first state title in the sport.

FLOP jumped out to a 1-0 lead in the first period after Brooke Becker scored the first goal of the game.

They added two more in the 2nd period thanks to goals from Haylee Fatar and Emily Kromer.

Salmon River added one of their own in the 3rd period but FLOP regained a three-goal lead after Becker scored her 2nd of the game. Gabby Demeo added two assists in the win.

Sirena Fitzery was given the player of the game sportsmanship award while Becker, Kromer and Mary Kromer were selected to the All-Tournament team.

FLOP will return to action next week as the WNYGVIHF begins on Tuesday at the Northtown Center in Amherst.