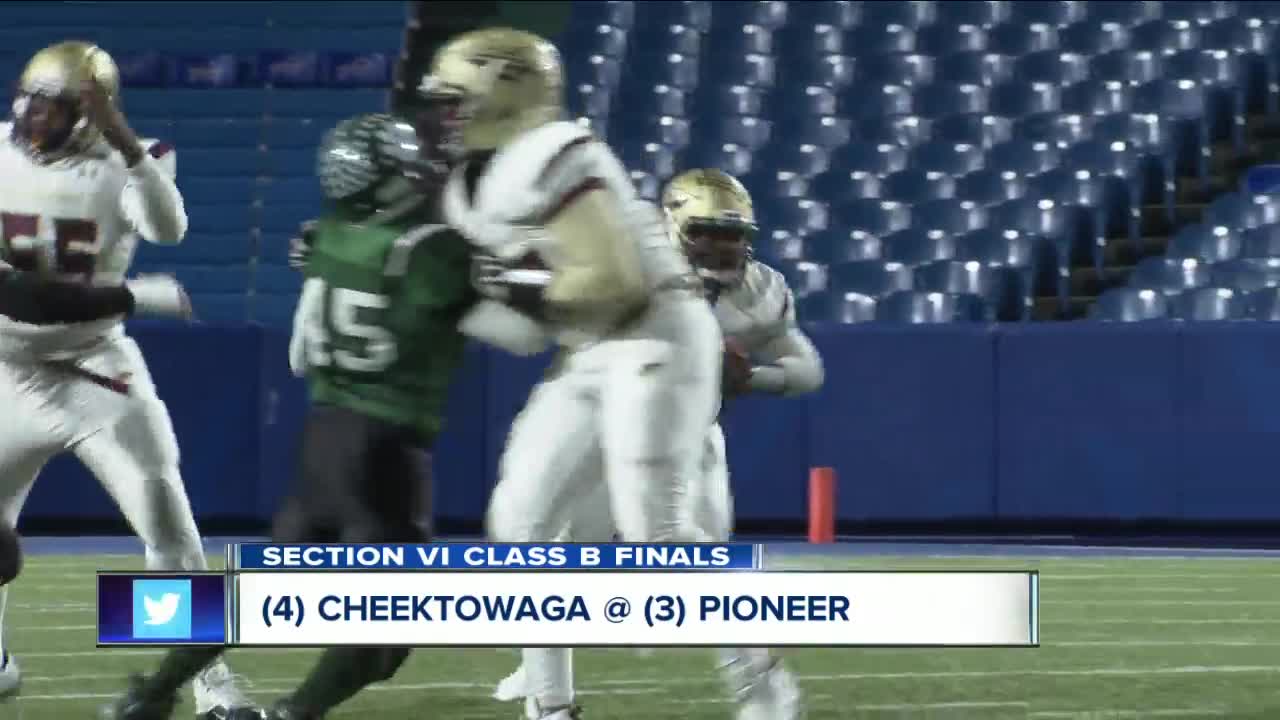 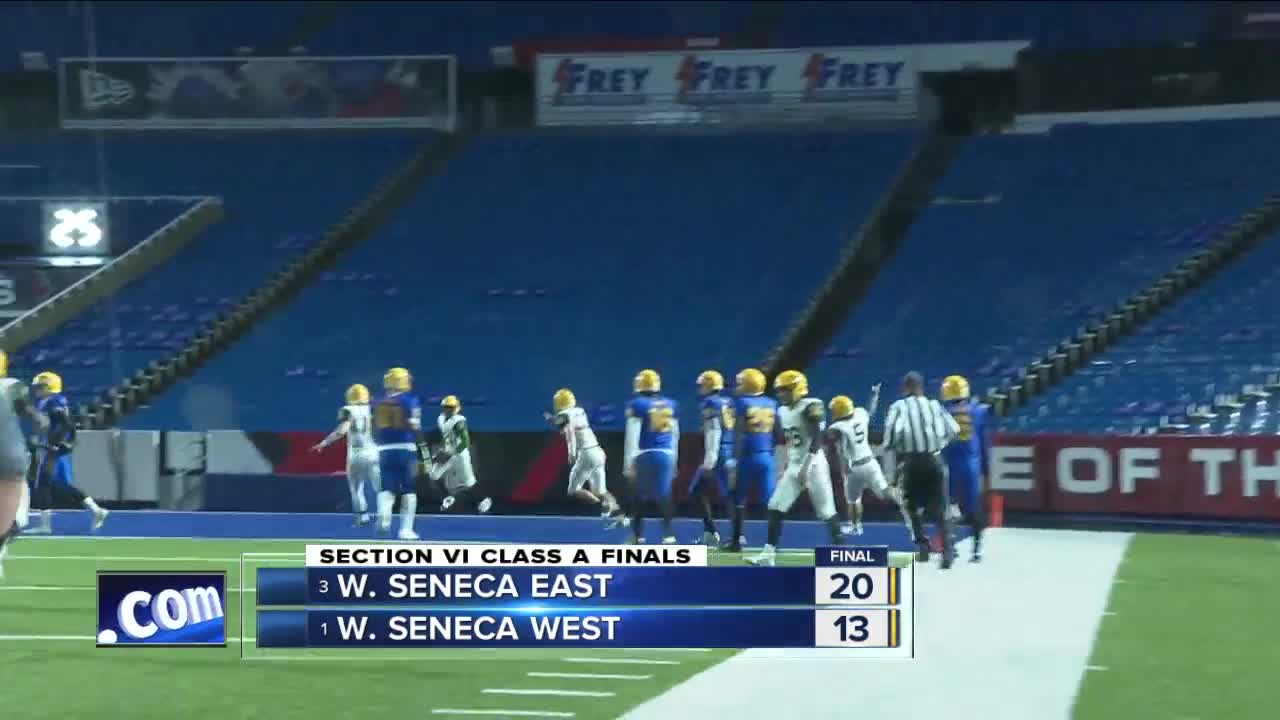 Last year, Section VI football teams made history by sweeping the Far West Regional round and advancing to the state semifinals in all classes.

Five teams will look to have another great year representing WNY after winning their respective Section VI Finals on Thursday and Friday at New Era Field.

West Seneca East will represent Class A after beating rival and last year's state champs West Seneca West 20-13 on Thursday night. It's their first Section VI title since 1981 and in the process snapped West Seneca West's 24-game win streak. The Trojans were led by Shaun Dolac who had two touchdowns in the win and ran for more than 130 yards.

Cleveland Hill will represent Class C after beating Southwestern 32-28. It's the Golden Eagles third straight year in the Far West Regional round. The Golden Eagles were led by Aaron Wahler who had three touchdown runs, each of them for more than 50 yards.

Clymer/Sherman/Panama will represent Class D after last year's state runners-up Maple Grove 35-7. It marks the Wolfpack's first ever trip to the Far West Regionals. The Wolfpack defense came up big, forcing five turnovers in the win.

Far West Regionals will take place at Clarence High School on November 9th and 10th. The schedule is below.