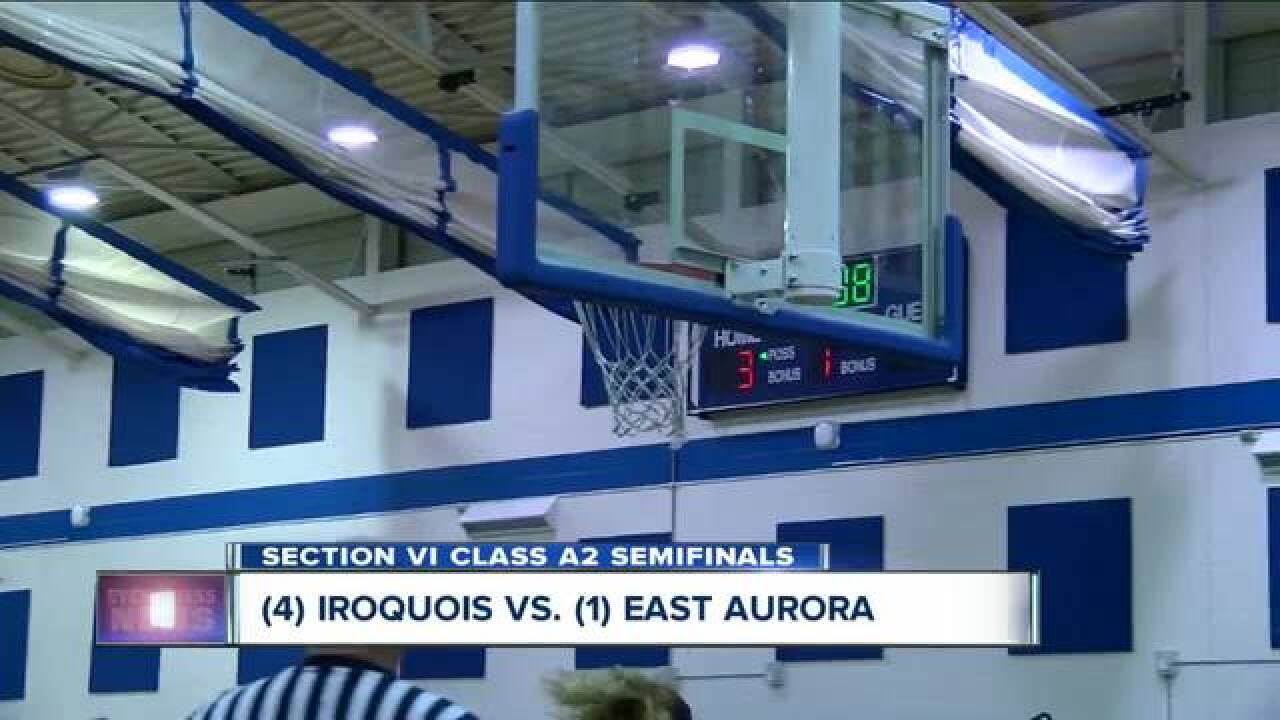 Four teams will look to keep their seasons alive this weekend when the Section VI Class A2 finals take place.

In the second semifinal boys game of the night, 3rd seed South Park beat 2nd seed Cheektowaga, 69-46 after jumping out to a 12-2 lead in the first quarter. The Sparks were led by Anthony Mack with 24 and Raymund Mushat with 21 points.

The Class A2 boys final will be held Saturday, March 3rd at 7pm at Buffalo State.

In the second semifinal girls game of the night, 4th seed Iroquois upset 1st seed East Aurora, 44-43. Riley Reidel scored a layup near the end of the game to give the Chiefs the win.

The Class A2 girls final will be held Sunday, March 4th at 6pm at Buffalo State.