Three more teams play in the Regional round Saturday 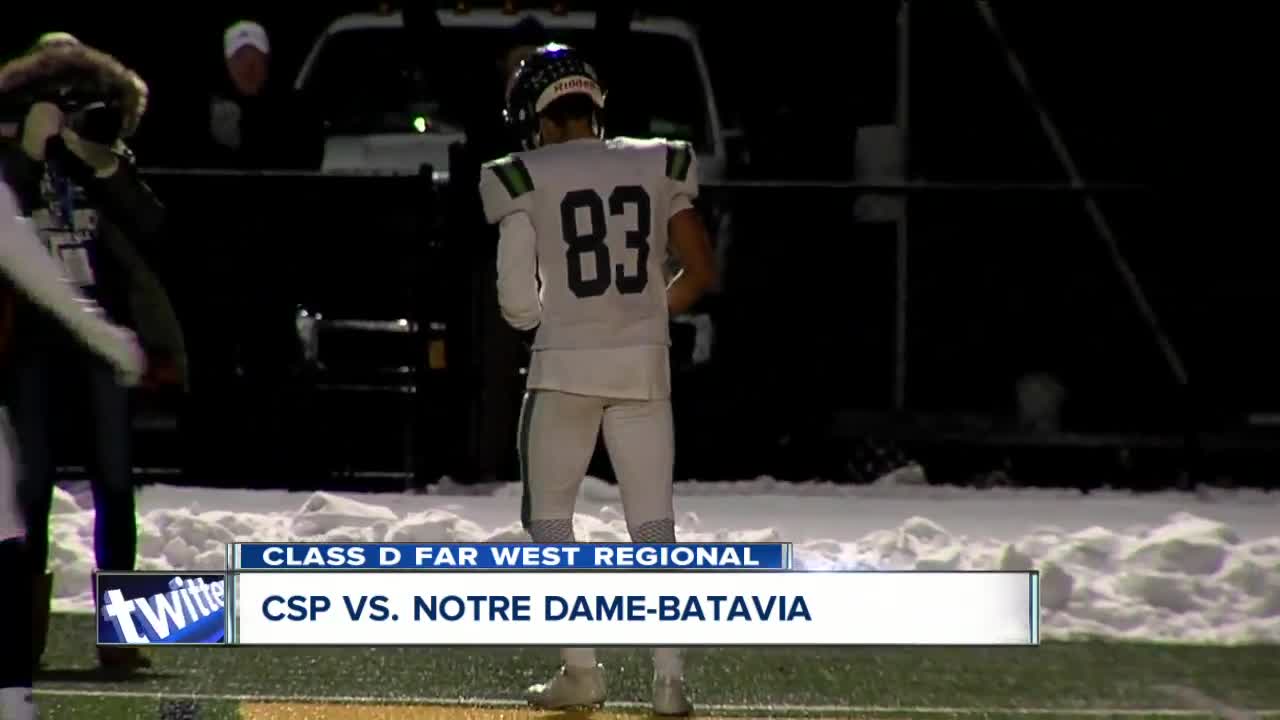 Zavon Overton scored the first touchdown of the night with a long punt return late in the first quarter. Before the first half was up, Connor Cooper addedd a 2-yard rush and Cam Barmore had a 6-yard TD reception from Gerrit Hinsdale to give the Wolfpack a 20-8 lead at the half. The second half was just as busy for the Wolfpack as they added four more touchdowns from Hinsdale on a 1-yard run, John Swabik on a 21-yard run, Brendon Ramsey on a 14-yard run, and Bishop Kopta on a 1-yard run.

The Wolfpack will play Tioga of Section IV on Friday, November 22nd. The game is set for 5 p.m. at Cicero-North Syracuse High School.

South Park, meanwhile, fell to Canandaigua in the Class A regional game 24-6.

Season ends on a disappointing loss to a very good Canandaigua team 24-6 in the Far West Regionals.
10-1 A2 Champs and Class A Section 6 Champs

Canandaigua jumped out to a two-score lead in the first quarter and were threatening once again before Brandon Brown's interception in the endzone stopped the drive and gave the Sparks the ball. It wasn't enough of a spark though as Section VI's champion trailed 14-0 at the half. The Sparks finally scored early in the 4th quarter after a TD pass to Brown but it wasn't near enough in the end.

The Sparks finish the season with a 10-1 record.