Wolfpack finish with an undefeated record 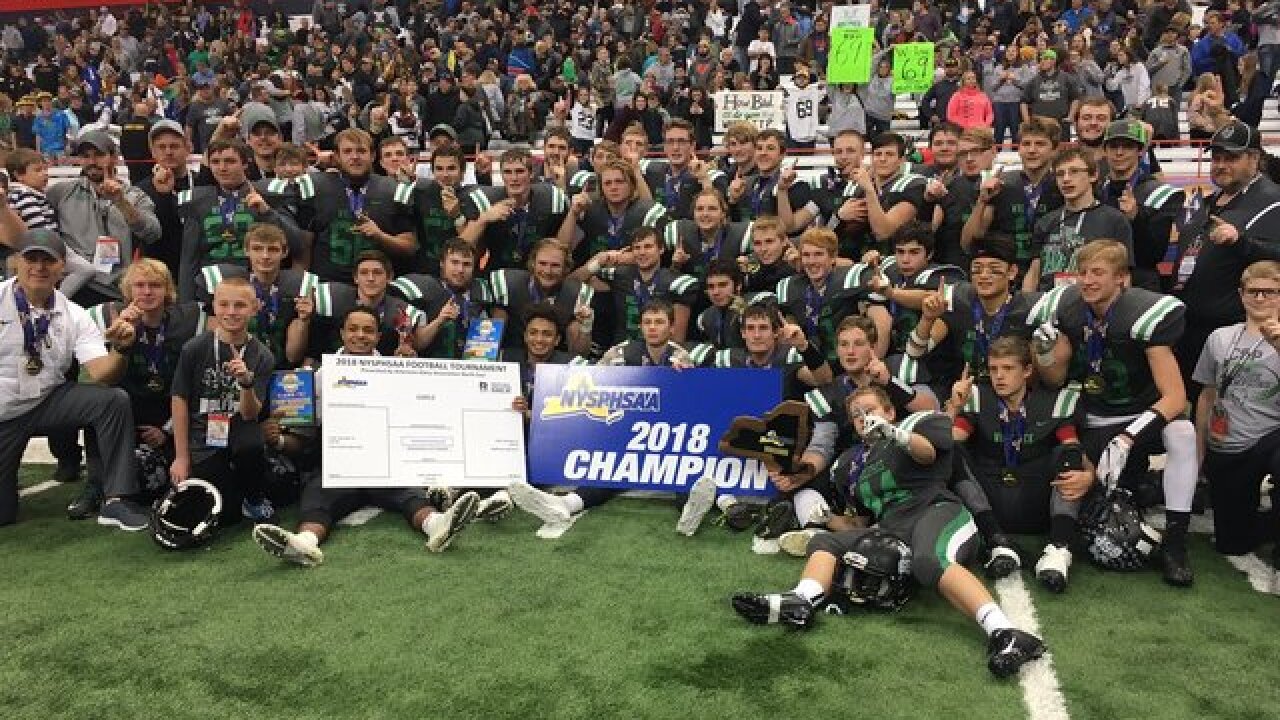 Four years ago, Clymer, Sherman, and Panama merged their football teams to form the CSP Wolfpack.

On Friday, they won the program's first state championship.

The Wolfpack beat Moriah 26-6 in the NYSPHSAA Class D Championship game. The game was played inside the Carrier Dome in Syracuse.

After a scoreless game through one quarter of play, CSP capitalized in the first minute of the second quarter. Gerrit Hinsdale found Cam Barmore for a 32-yard touchdown to take a 7-0 lead. That was the score at the half. The Wolfpack added three more touchdowns in the fourth quarter including a 14-yard pick-6 from Mike Beatman.

It's their first undefeated season in program history.