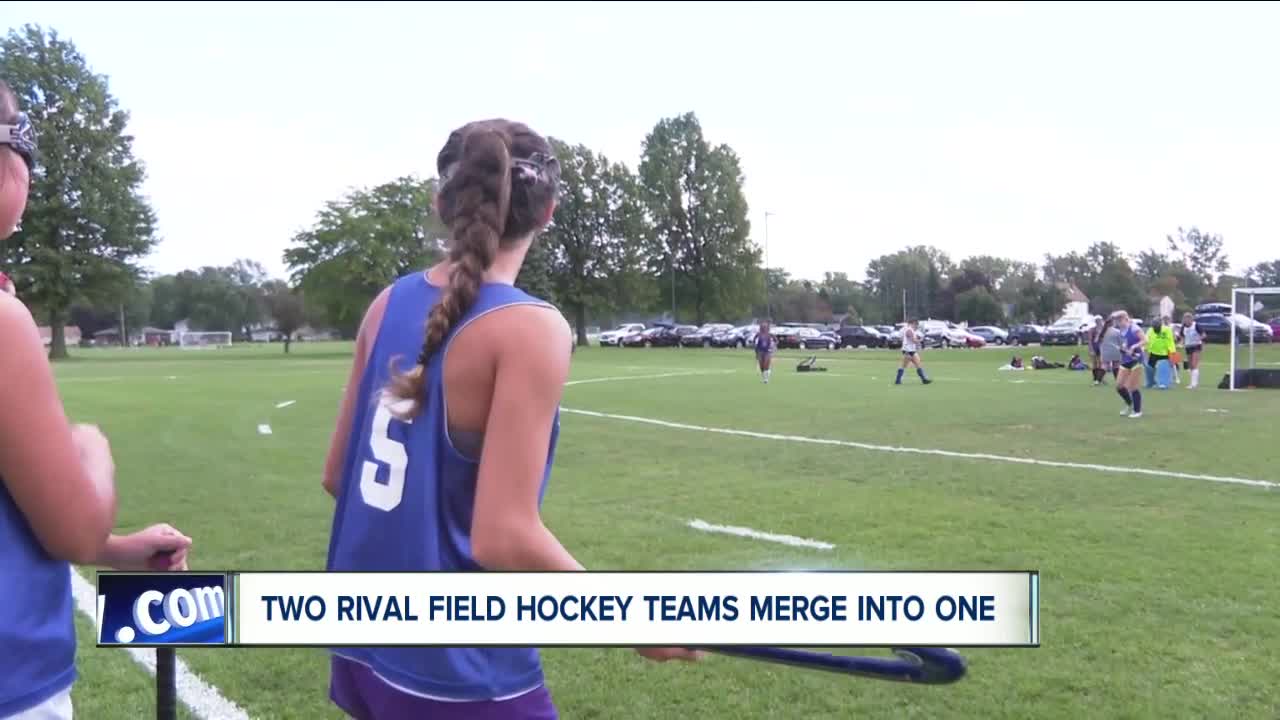 As head coach of the West Seneca field hockey team, she loves sharing that passion with her girls.

"I feel like I didn't learn as much until I went to school and played in college," Ruchalski said. "So I'm trying to instill that in them now and get them to love it as much as I do."

Ruchalski coached for 12 years at West Seneca West but in the off-season, that changed. The numbers at West Seneca East kept dipping so a decision was made to merge the two programs. Ruchalski didn't expect to gain a large number from that East group.

Small is right. Nineteen girls make up the consolidated West Seneca field hockey team but only one of them hails from West Seneca East.

While the rest of Hope Abramowski's former teammates either graduated or gave the sport up, she stuck with it and now the eighteen girls on the team are no longer her opponents, but her teammates.

"It was a little intimidating at first," she said. "But they're really welcoming and really nice."

Abramowski may be a lone wolf when it comes to where she takes classes but on the field, she's one of them. In just a few short months, she's learned new techniques that have made her a better player.

"I've learned how to do different lifts, different skill sets like reverse-v," Abramowski said. "I didn't know about any of that last year."

"She's just excelling," added Ruchalski. "She's done everything that I've taught her, she's starting, and it has been so nice having her on the team."

She's a player that continues to grow and is happy she stuck with the sport.

Abramowski said, "There are so many new friends that I met and new people and it's just overall a great experience."

While Abramowski is the lone East player on the Varsity squad, she doesn't think it'll stay that way for long since the JV team has a handful of players from her school.