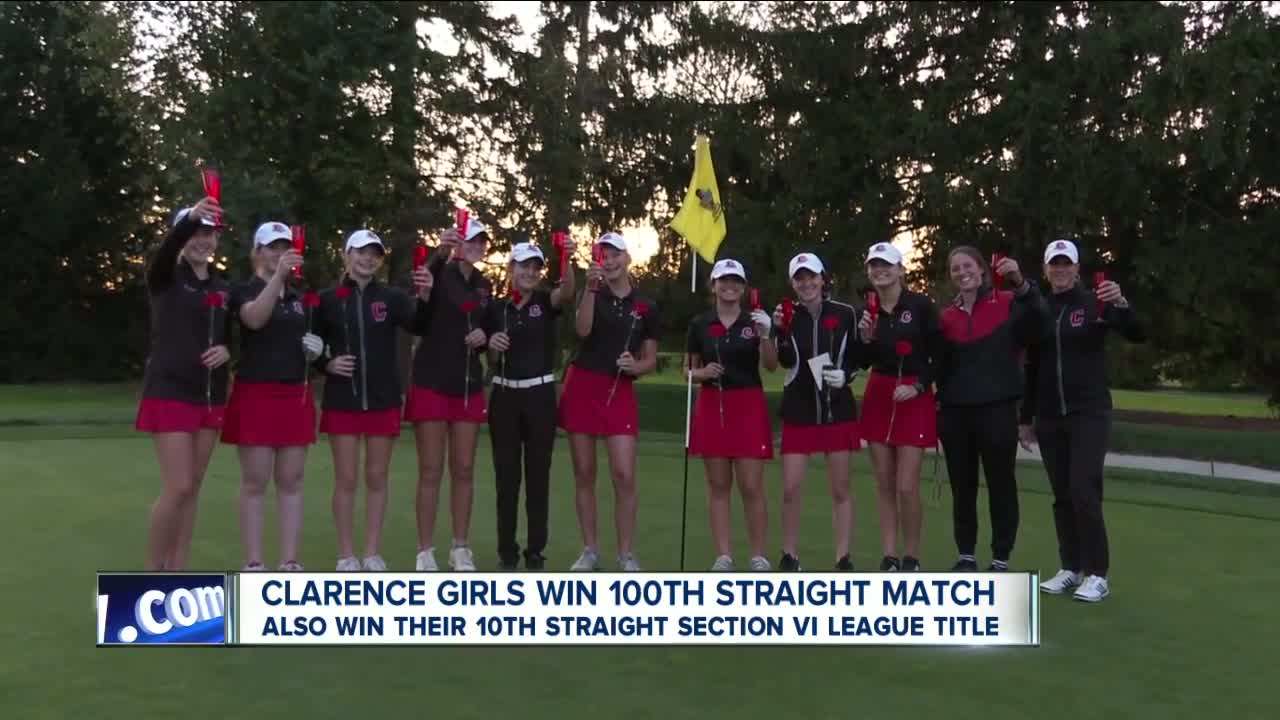 CLARENCE, N.Y. (WKBW) — Since the team's inception in 2010, the Clarence girls golf team has gotten pretty used to winning and on Tuesday evening they reached a big milestone.

With a win over Williamsville South, the Red Devils earned their 100th straight win, finishing off another perfect season. The win also gave them their 10th straight Section VI League Championship title.

100 straight wins! @ClarAthletics girls golf reaches a HUGE milestone today and caps off a huge decade since the team’s inception in 2010 (they have never lost a match!). @WKBW pic.twitter.com/KBsuQQa9aB

"I know I didn't play the best today [Tuesday] but honestly when we got off the green it was crazy that it actually happened," junior Alyssa Ballaro said. "We were just so happy."

"It's a huge win for us," sophomore Tori Leach added. "I hope we get more girls to be a part of our team and they can be part of this too."

"It really is special to have every team, every year, win everything," she said. "I'm excited to see it."

Clarence will still be busy golfing in the off-season with five girls qualifying to compete at Sectionals in May 2020.