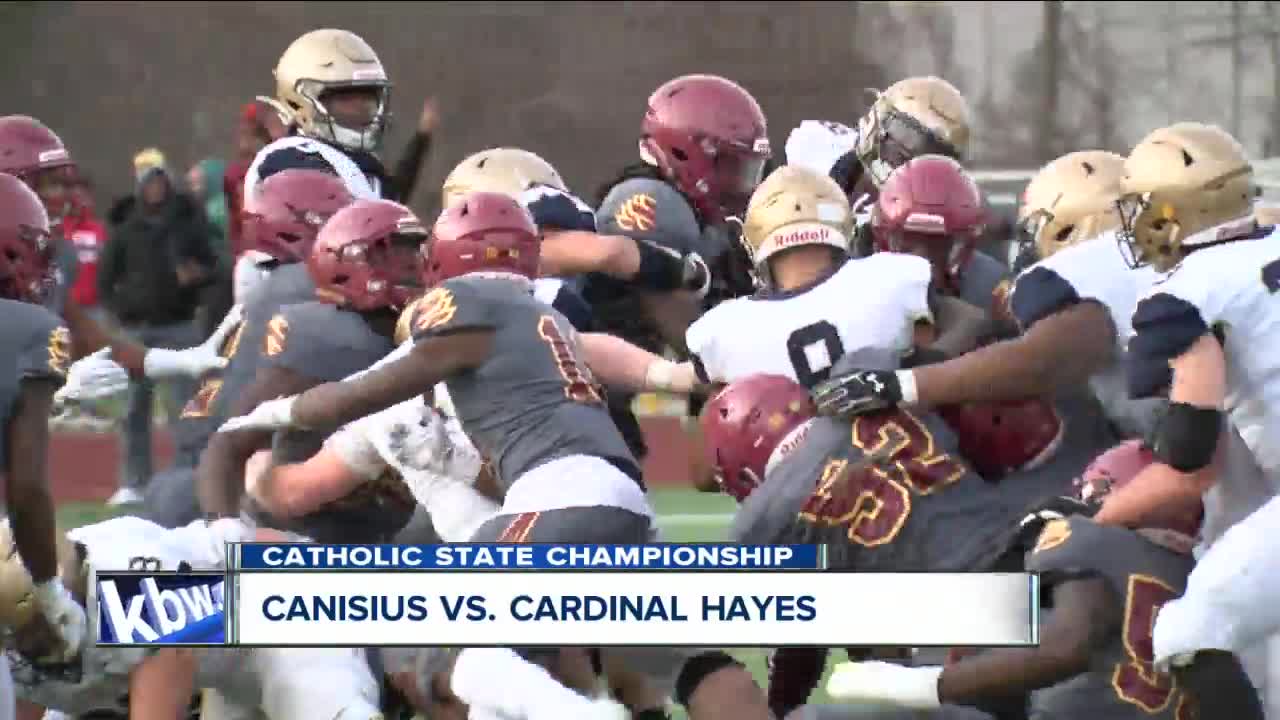 The Crusaders erased a 14-point deficit to come out on top as New York state catholic league champions.

Canisius jumped out to an early 7-0 lead, but then their defense couldn't get off the field. Two straight onside kicks from Cardinal Hayes led to 18 unanswered points before the teams went into the locker room.

"We were right there, we were just hurting ourselves," head coach Rich Robbins said. "These kids, they just refuse to lose."

The Crusaders trailed 24-10 in the fourth quarter, but a Joe Dixon touchdown was matched with a big stop from the defense.

"We just went out there, and we told the offense we have confidence in you, and we have trust in you," senior linebacker C.J. Ozolins said. "We're going to get you the ball back."

Canisius had less than two minutes to drive 86 yards. The Crusaders scored with no time left on the clock; sophomore quarterback Tyler Baker hit Nik McMillian in the back of the end zone.

Then, the offense stayed on the field.

"When your senior captain comes over to you, grabs you by your coat, and says 'give me the ball, I won't let you down,' you have to give him the ball."

That captain was C.J. Ozolins. The Connolly Cup finalist took the give straight ahead for the two-point conversion to win the game.

"I kept my base low, I kept driving my legs, and I wasn't going down," Ozolins said. "I knew I wanted this."