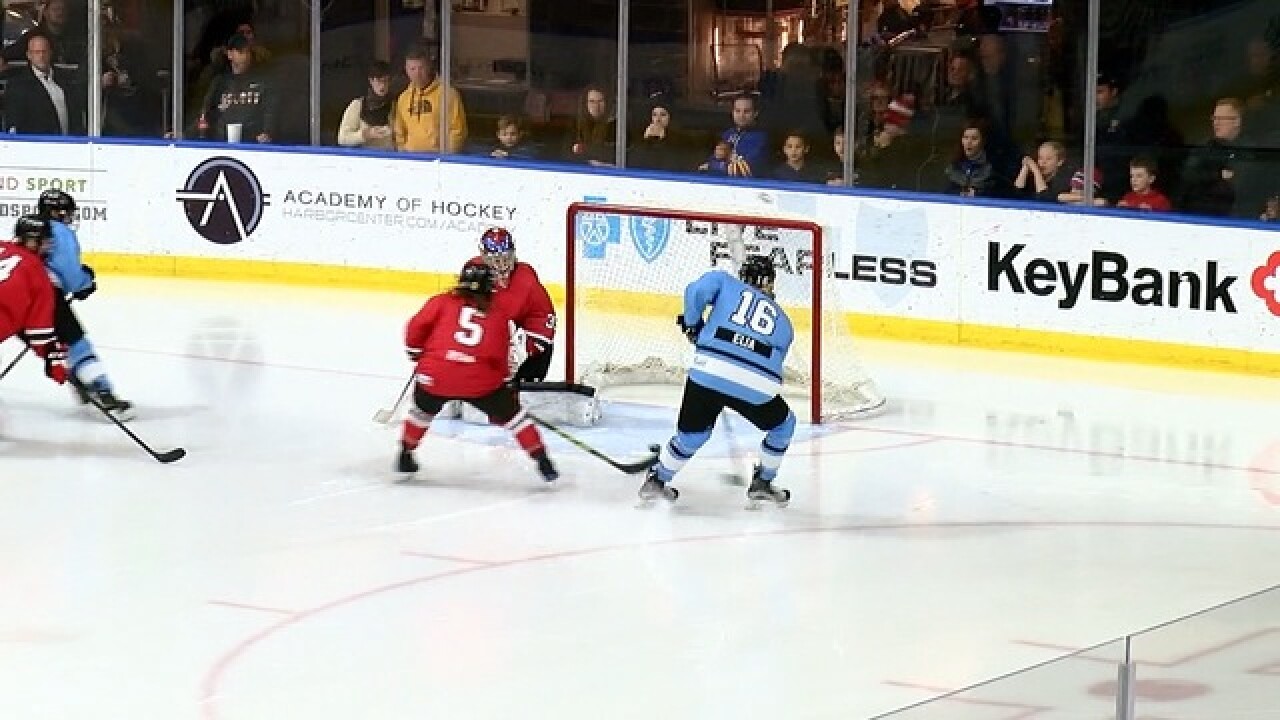 Western New York native Maddie Elia will be playing another year of professional hockey in her hometown.

On Saturday, the Buffalo Beauts of the NWHL announced an agreement between the team and Edlia on a one-year contract.

In a press release, Beauts General Manager Nik Fattey said, "Maddie played an important role as a rookie last season and brought skill and a high level of competition to the team. We’re looking forward to seeing Maddie continue to prove she is one of the top players in the league.”

Elia was drafted by the Beauts in the 2016 NWHL Draft after a great career at Boston University. Before then, she played hockey for Nichols School.

She had a big year for the Beauts. She recorded 14 points in 14 games and had one assist in the playoffs. Her nine assists tied for second on the team while she tied for the team lead in total points.