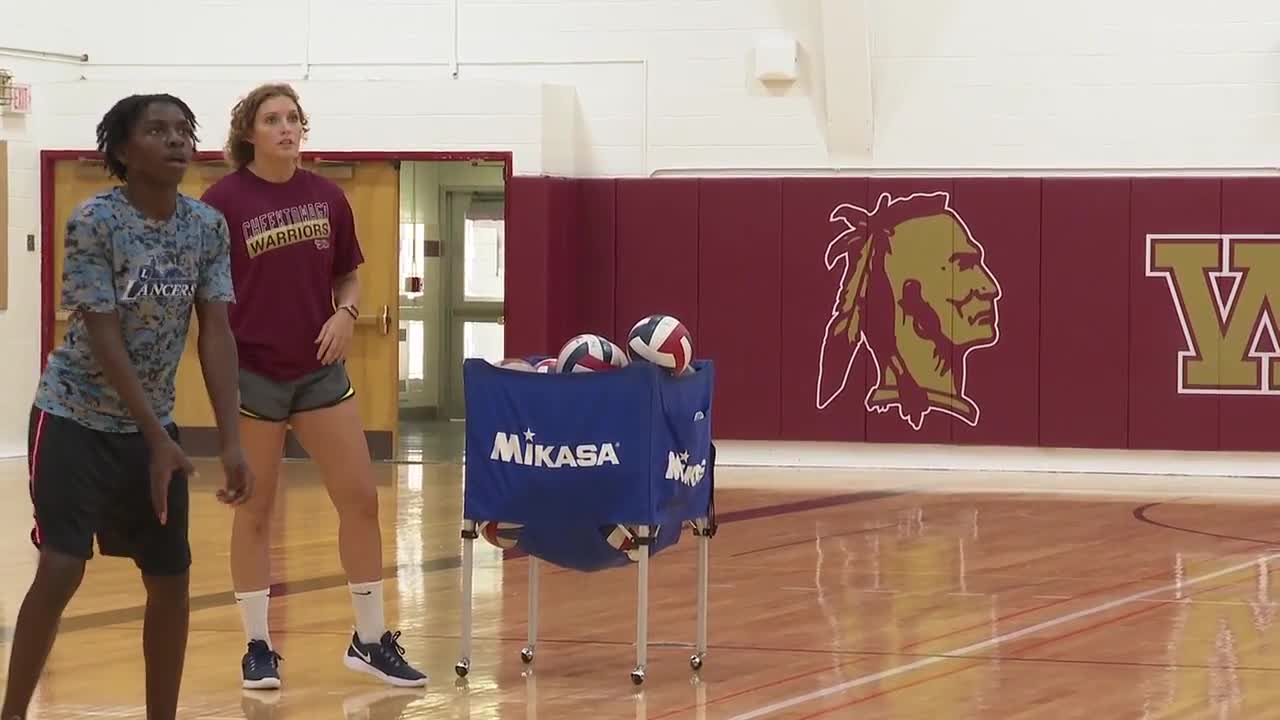 Scanlan excelling as a woman among men

CHEEKTOWAGA, N.Y. (WKBW) — When you go to a Cheektowaga Central boys volleyball practice, you see the team hard at work. You also hear a voice in the background that makes you turn your head and take notice.

Courtney Scanlan is a former Ellicottville High School player who later took her talents to Daemen College. She missed the sport a lot so she answered a job ad for a boys volleyball coach opening at Cheektowaga Central.

"I took a leap and I found out I almost prefer it," Scanlan said about boys volleyball. "The guys are little sponges and they take in everything and go do it. I've gotten really lucky with the group I have. They're a really, really great group of guys."

Scanlan is now leading the Warriors in her first year, bringing a new and exciting perspective. Other schools have seen women succeed on the boys sideline, Lockport is an example, and Scanlan is excited to be the newest female boys volleyball coach in the area and the first at Cheektowaga Central.

"I feel like I can really make waves down the road," she said. "I'm really trying hard and I really want this to be successful and go forward and make a difference."

Scanlan is already making a difference. She admits it was a little intimidating at first but the guys have embraced her and enjoy working with her too.

"She's got perfect setting, she knows how to play, she knows everything about boys volleyball which is perfect," senior Austin Chandler said. "I think she's perfect for what we need.'

She's loving every minute. The learning curve is ongoing but Scanlan likes the challenge and is ready to see more women on the boys sideline in the future.

"Some of them might feel stuck like 'I'm a girl, I'm supposed to coach girls'," she said. "They can see me and say 'Wow, she broke that barrier, maybe I can break that barrier' and they're gonna learn to love it too."