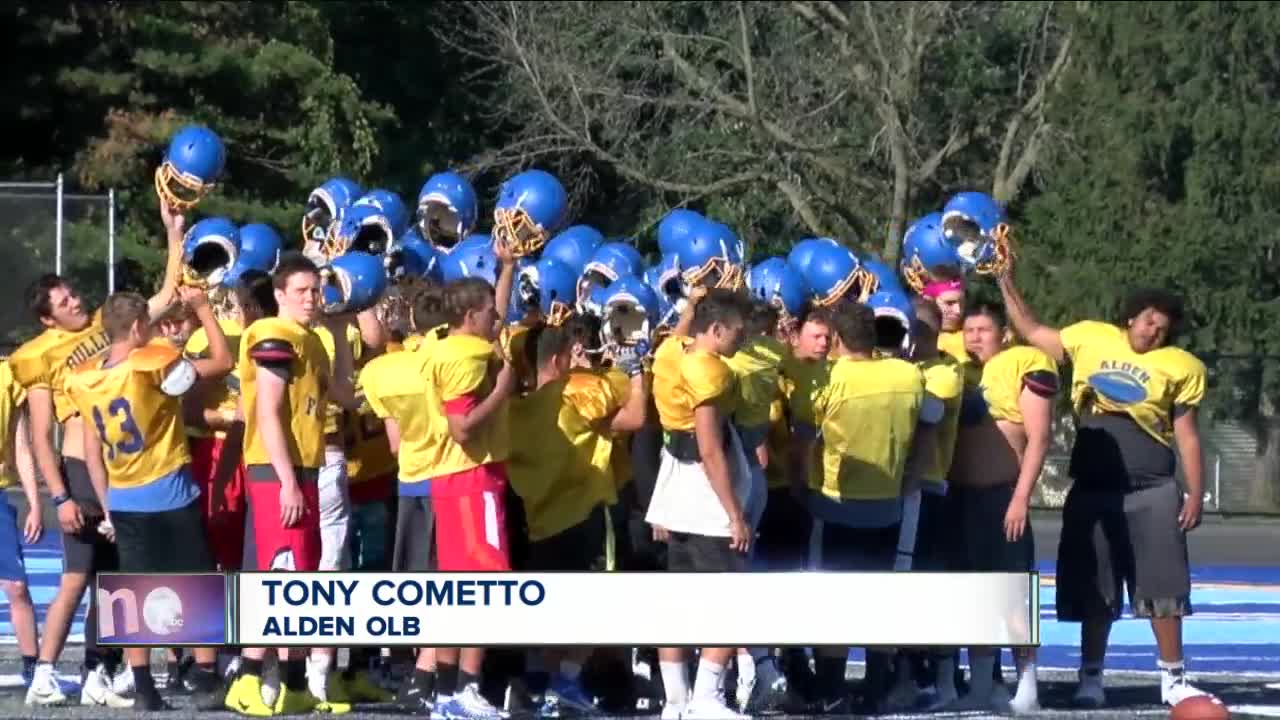 ALDEN, N.Y. (WKBW) — Alden High School is breaking ground with their new field. The turf itself is blue; but it's not just an upgrade in color.

"We haven't had turf here before," co-athletic director Ken Partell said. "So to not only have turf, but to have bright, you know, school colors, it really jumps out at you so we're really happy."

Alden students and the entire community took a survey on whether they wanted blue or green turf. Once the votes were in, there was one last step.

"We actually did have to seek permission from Boise State," Partell said. "The superintendent has a letter, because it's a trademarked field, the blue field there."

The student athletes welcomed the new field with open arms. The entire community is ready to defend the blue.

"When it was just a grass field it could be anyone's grass field. But this is our blue field. And I feel like, if people went on our field, that they're claiming a piece of it, but we can't have that," football player Tony Cometto said.

"The young kids, I'm talking six, eight, ten years old, they're excited to come out and play here one day," boys' soccer coach Allen Turton said. "Whether it's next summer or when they get to middle school and high school."