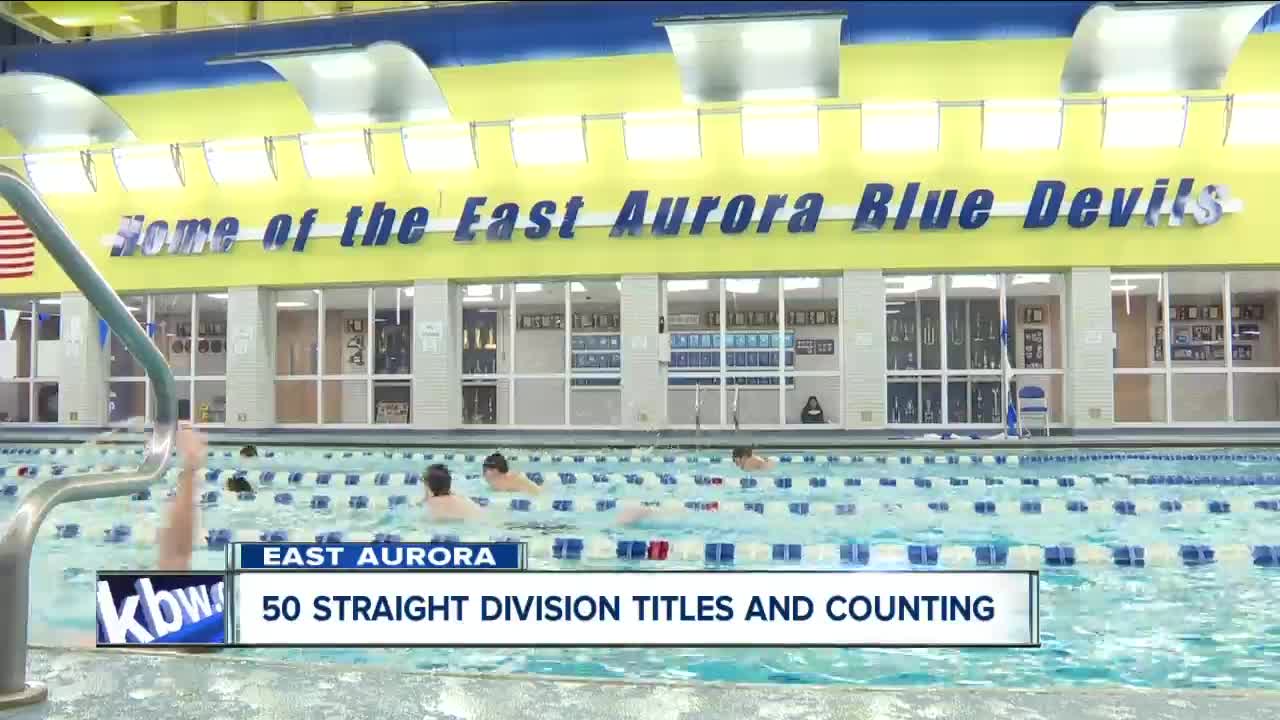 EAST AURORA, N.Y. (WKBW) — When the East Aurora boys swim team looks up at the banners surrounding the school's pool, they are reminded of a streak that dates back to 1970.

"When I go out around town, I'll get guys that are 20 years older than me and are like hey, 'how's the team doing'?," said head coach Chris Musshafen. "It's really been a nice lineage that's come through here."

The Blue Devils have won 50 straight Division titles and as a new season began Tuesday night, hopes of a 51st became the goal.

"I think it's pretty amazing", senior captain Britton Hatch said. "The fact that you're falling in the legacy of so many swimmers that came before you and you're each leaving a mark that's important to the team. It's a vision that you want to help pursue in the many years to come."

Along with 50 straight division titles, the team has also won the Section VI Class B title three times in a row. East Aurora topped Maryvale in their first meet of the season, 103-69.