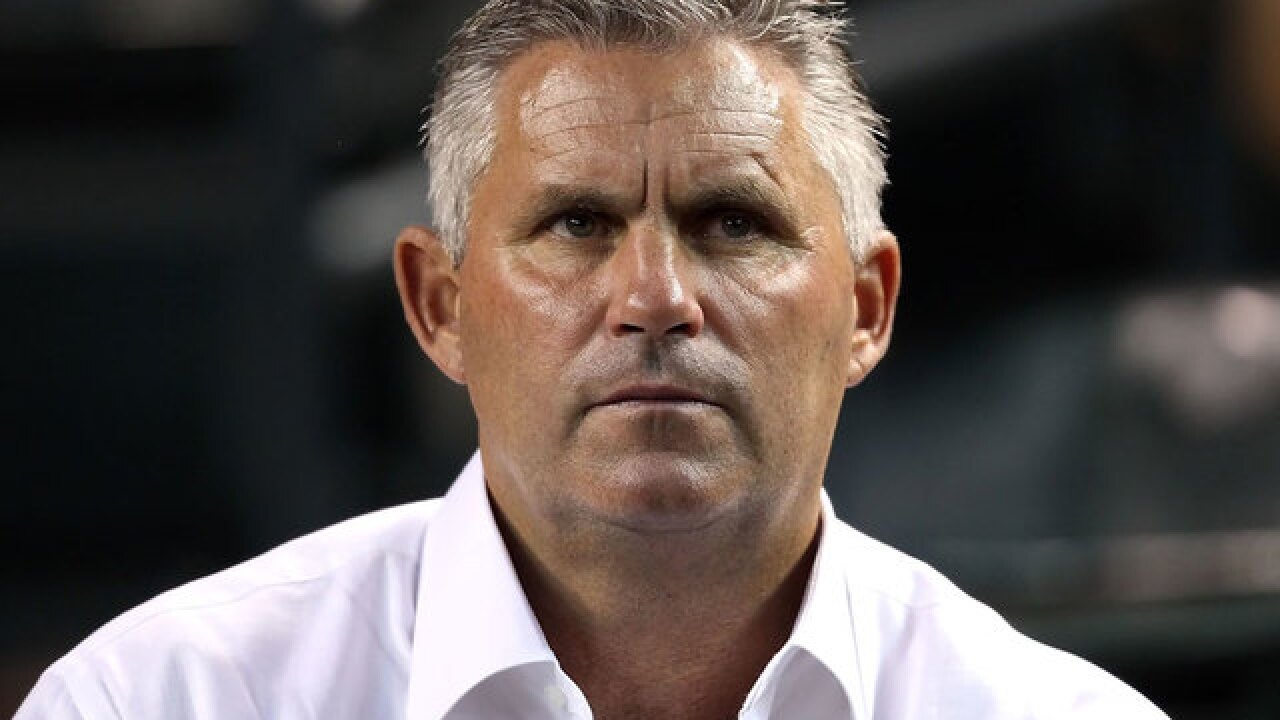 SAN DIEGO (KGTV) - Former Padres general manager Kevin Towers, who is credited for putting together contending ballclubs in San Diego including the 1998 National League championship team, has died at the age of 56.

RIP, Kevin Towers. One of my all-time favorite people, gone much too soon.

Heavy Heart with the news of the passing of Kevin Towers. The Baseball Family has lost an incredible man that gave his heart to its pastime. Condolences to Kelly and KT’s family and friends. RIP 🙏🏻. #padres #mlb #KT pic.twitter.com/EtmP98jC7t

Kevin Towers was such a great person. So beloved in the baseball community. Terrible to hear about his passing.

Kevin Towers, one of the greatest people this game has ever known, and the ultimate fighter, has passed away from cancer. Unbelievable. He will be greatly missed. Loved that man

He served as the Arizona Diamondbacks' general manager from 2010-2014.

Sports Illustrated reported Towers was diagnosed with a rare form of thyroid cancer in December 2016.

More information will be posted as this story develops