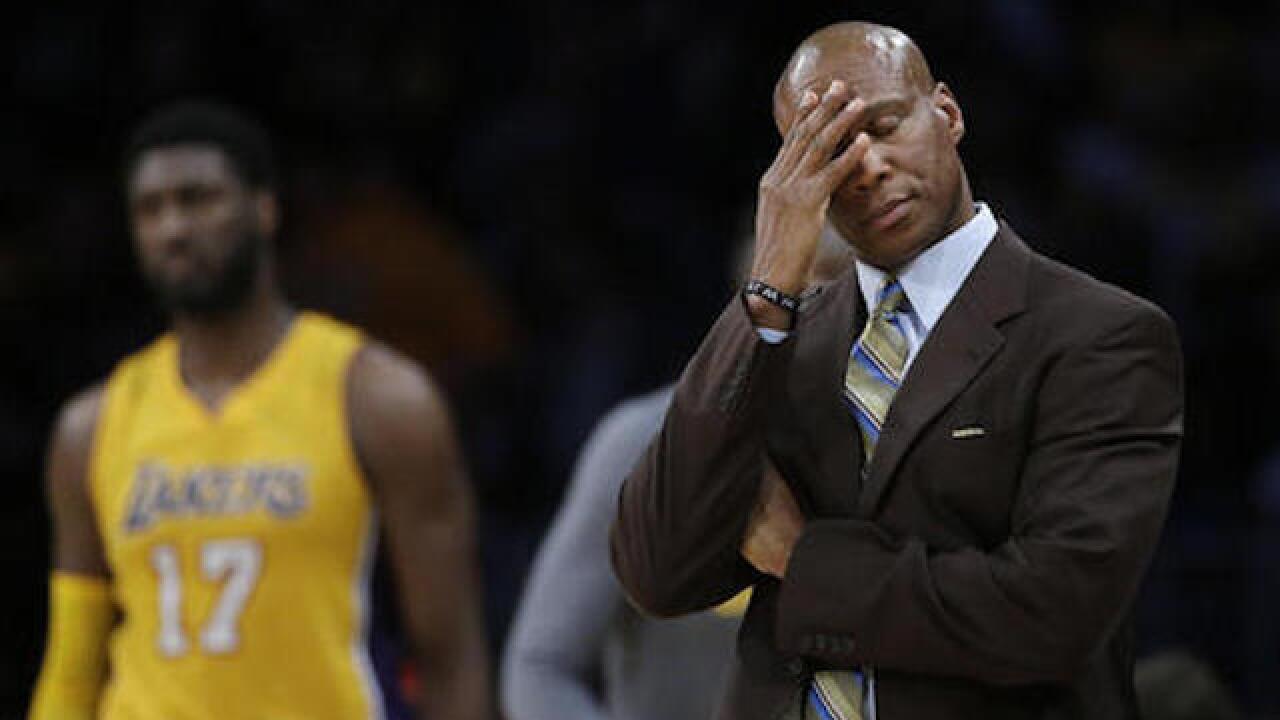 Scott tells ESPN he was "surprised" and "shocked" by the move even though he led the Lakers to the two worst seasons in their history, including this season's franchise-worst 17-65 mark.

In an interview broadcast Wednesday on ESPN's "The Jump with Rachel Nichols," Scott explained that Lakers brass had told him a few years ago that a long-term rebuilding process was needed for the team. He says he figured he had at least another year to turn things around when he was suddenly let go.

The former Lakers player says he'll continue to root for the team and offered a vote of confidence for new coach Luke Walton.