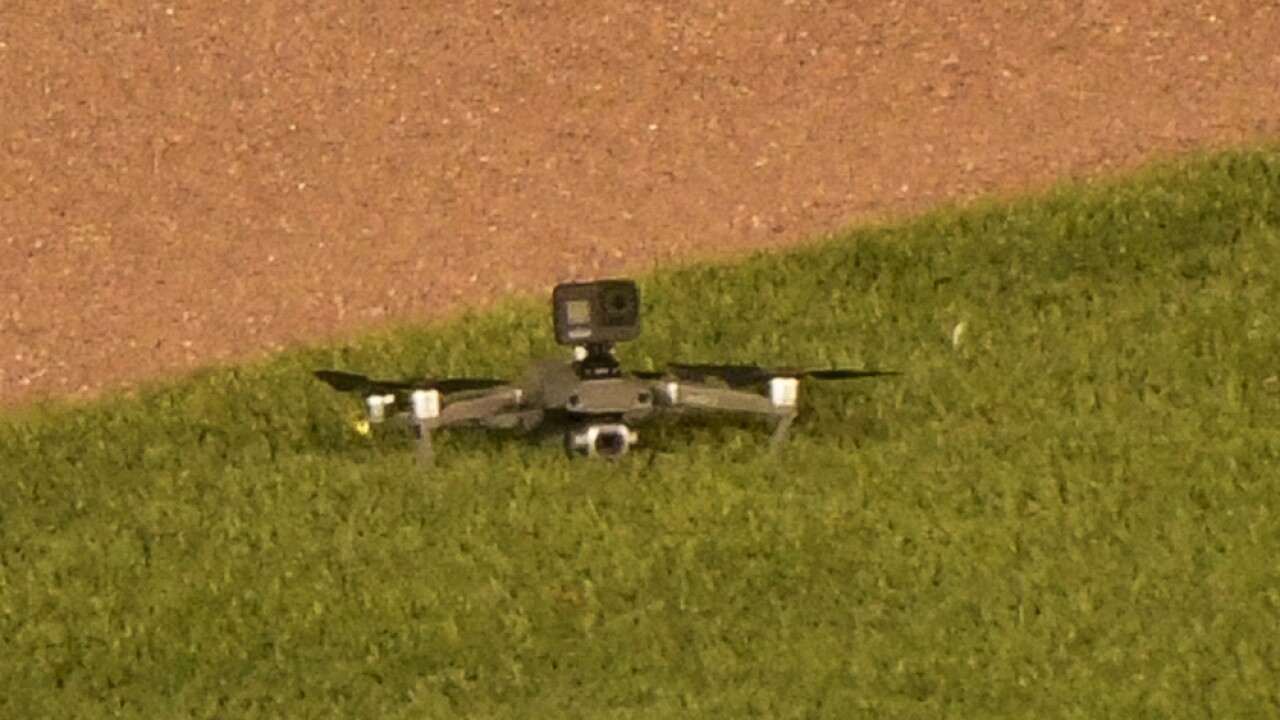 Copyright 2020 The Associated Press. All rights reserved
Mark Black/AP
Play was briefly suspended in the fifth inning after someone illegally few a drone over the Chicago Cubs game against the Cleveland Indians and landed on the grass in center field before taking off again and landing on a near by roof, Wednesday, Sept. 16, 2020, in Chicago. (AP Photo/Mark Black)

CHICAGO — Umpires hastily cleared the field during a game between the Cleveland Indians and Chicago Cubs Wednesday when a small drone flew into Wrigley Field over the bleachers and landed on the grass in deep left center.

As Willson Contreras came to bat with two outs in the bottom of the fifth and the game tied at 2, the device was spotted over the left-center stands.

Before the drone landed, umpires rushed players into their dugouts.

The blinking drone took off, hovered at about 100 feet, then pulled away and vanished past the vintage center-field scoreboard.

According to the Chicago Tribune, the delay lasted about seven minutes.

A sign posted at Wrigley Field specifically prohibits the use of "unmanned aerial vehicles" at the stadium. MLB rules also prohibit the flying of drones in and around MLB stadiums during games, as well as an hour before the first pitch and hour after the final out.