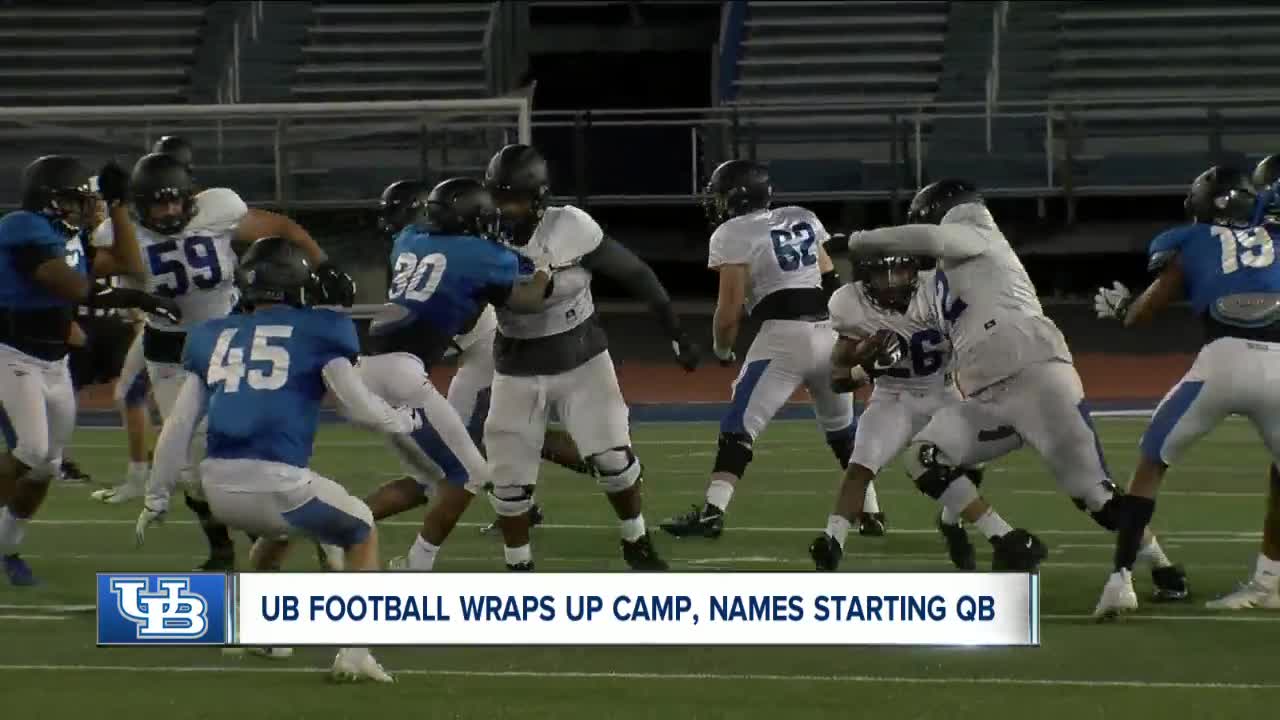 Redshirt freshman and local product Matt Myers will start for UB against Robert Morris next week.

BUFFALO, N.Y. (WKBW) — University at Buffalo football's summer camp has come to a close. So has its battle for starting quarterback.

Redshirt freshman Matt Myers-- a local product of Bishop Timon and West Seneca West-- will start for the Bulls in their season opener against Robert Morris on August 29th.

"We think he's had an excellent camp," head coach Lance Leipold said. "We needed to get him essentially a spring practice in the first part of this camp to give him the fullest of evaluations so we can see all the things that he brings to the table."

Leipold has consistently praised Myers's ability to hurt defenses both with his arm and his legs. UB's run-pass option looks will benefit from his rushing abilities.

With the internal competition behind him, Myers can shift gears and focus on what's ahead.

"I've got to prepare myself," Myers said. "Instead of going to practice and getting ready to compete, at the same time, we're going to compete, but also the mindset is Robert Morris."