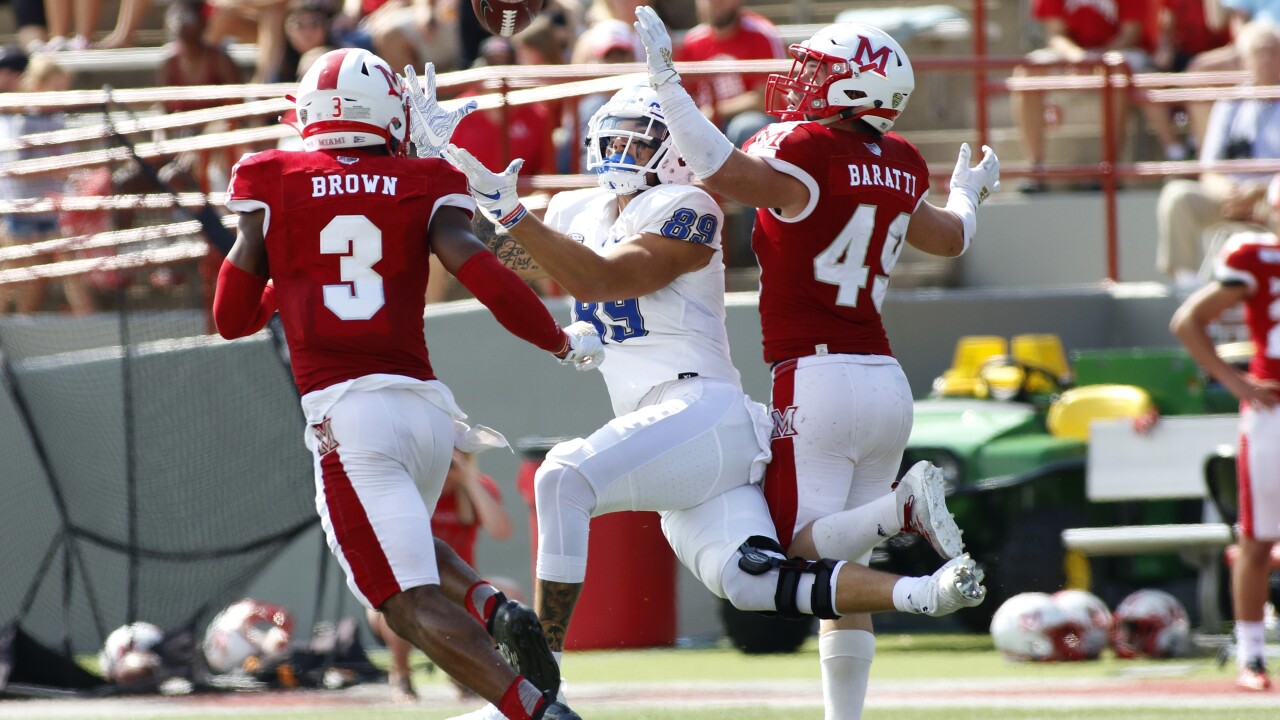 BUFFALO, N.Y. (WKBW) — Throughout UB's non-conference slate, the Bulls demonstrated time and again that they'd be a run-first football team and try to dominate the tempo. But once Lance Leipold and company were in a hole in the fourth quarter, they couldn't dig themselves out; they lost to Miami (OH) 34-20 on Saturday.

Jaret Patterson was a force to be reckoned with in the running game. In the first half, he ran for 110 yards as the Bulls took a 14-13 lead into the locker room.

Defensively, the Bulls held Miami (OH) to only 265 total yards on offense. But good field position was all the RedHawks needed to put away the win in the second half.

UB returns home next Saturday to host the Ohio Bobcats at 3:30 p.m.