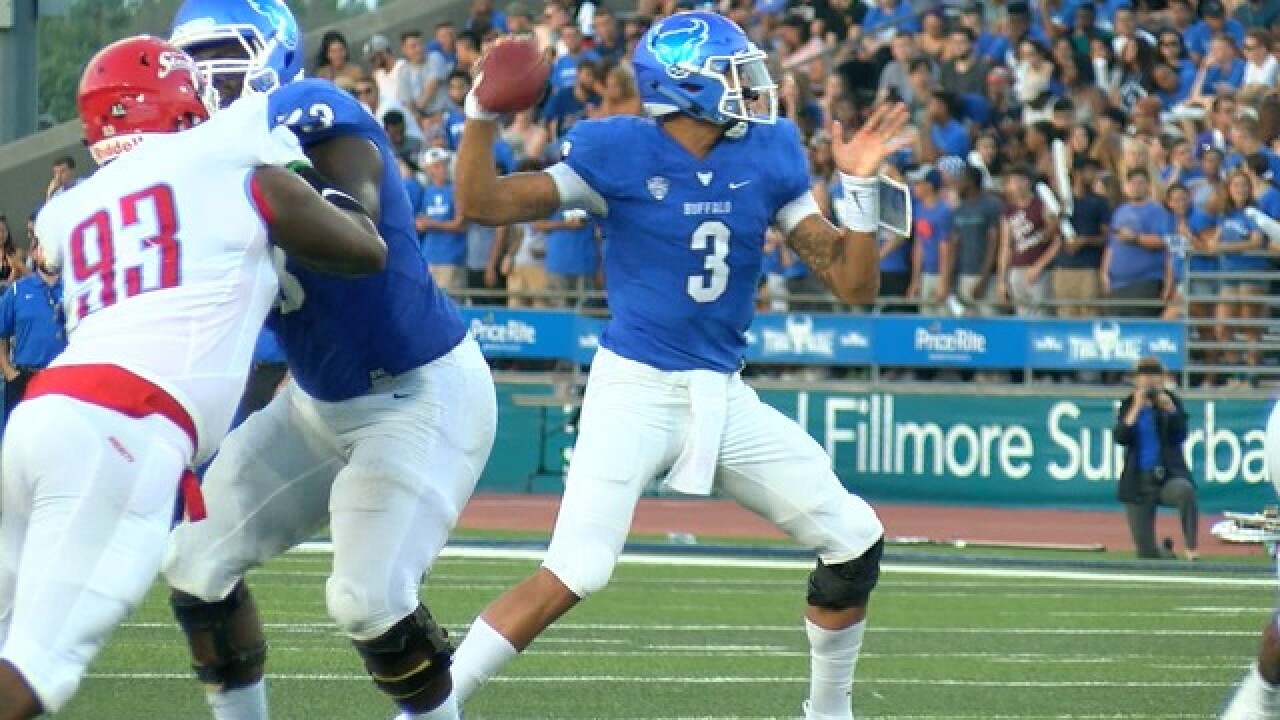 UB quarterback Tyree Jackson had a standout performance in the UB Bulls season opener and now he's getting recognized by the Mid-American Conference. Jackson has been named the MAC East Division offensive player of the week.

Jackson threw six touchdowns in the Bulls win over Delaware State, five of them coming in the first half. That was a school record as he became the first QB in school history to throw five first-half touchdowns. He finished 17-of-27 for 189 yards.

This is the third time Jackson has won this award.

UB is now 1-0 on the season and will travel to Temple on Saturday, September 8th.