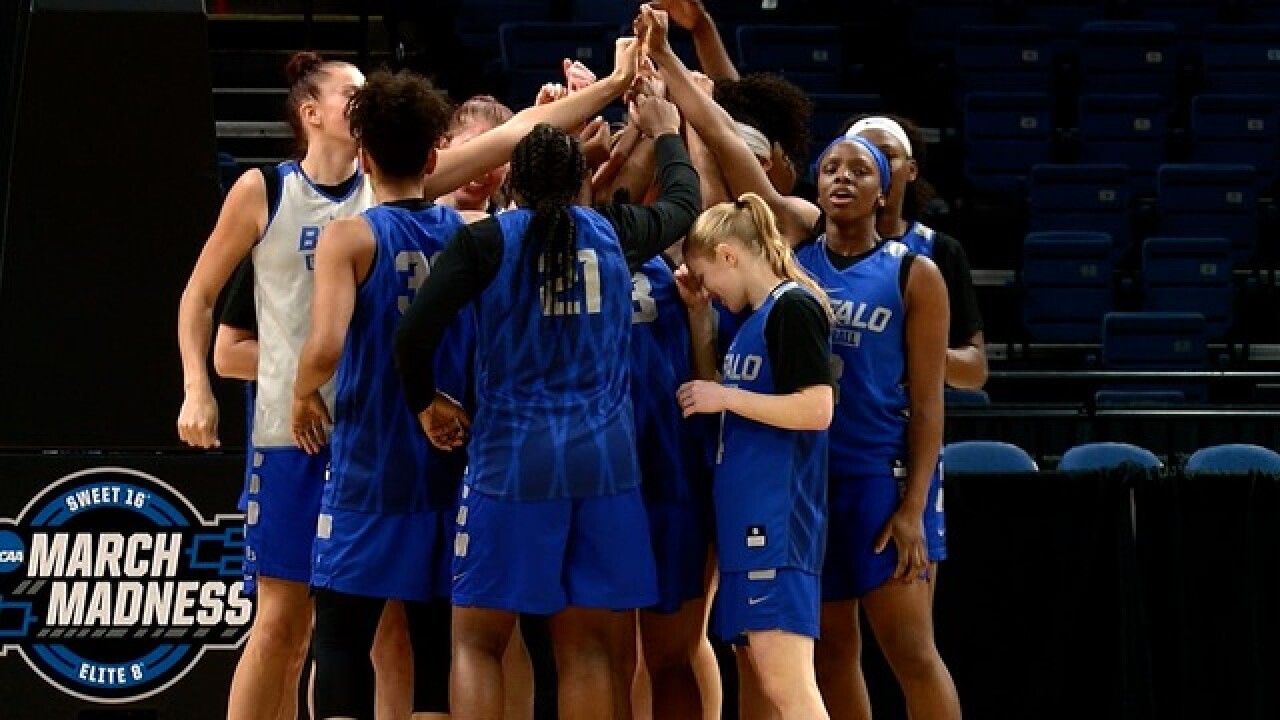 After an unforgettable and record-breaking run, the UB women's basketball season has come to an end.

The Bulls, an 11 seed in the Tournament, fell to 2nd seed South Carolina 79-63 in the NCAA Tournament's Sweet 16. The game was played at the Times Union Center in Albany, N.Y.

The Bulls started off a little slow but took their first lead of the game, 7-6, with 5:10 left in the 1st quarter. Forcing eight turnovers, the Bulls defense proved too tough for South Carolina as the Bulls held a 17-16 lead at the end of the 1st quarter. Cierra Dillard was part of the offensive effort with 13 points and two steals.

The 2nd quarter belonged to South Carolina. The Gamecocks re-took the lead for the first time since the beginning of the game with 9:09 left in the 1st half and maintained that lead until UB tied it up at 20-20 with 7:36 left. The Gamecocks retook the lead a little later in the game and ended the quarter on a 16-6 run to take a 40-31 lead at the break. The Gamecocks shot 50% from the field in the first half while UB shot only 32.4%.

The Gamecocks came out strong and never let the Bulls get too close. The two teams spent the majority of the 3rd quarter trading baskets and UB was able to cut the deficit to nine at least a few times. At the end of the quarter, Cierra Dillard fell to the ground while trying to put a shot off the and referees determined it was a foul, giving Dillard three free throws with .3 seconds on the clock. Dillard hit two of three to put UB down by just seven at the end of the quarter.

Autumn Jones came out in the 4th quarter and put the Bulls within five, one of their their smallest deficits of the half. The Gamecocks made put that lead back to double-digits on a fast-break with 4:50 left in the game. While the Bulls continued to battle and stay within reach, the Gamecocks were able to respond on nearly every possession and held the Bulls off, ending their season.

While turning the ball over more than 25 times, the Gamecocks had to find other ways to have the advantage and they did. South Carolina scored more than half of their points inside the paint, making it hard for the Bulls to keep them off the board. The Gamecocks also out-rebounded the Bulls 46-20 on both sides of the ball, limiting UB's chances on each possession and giving themselves plenty of second chance opportunities.

Despite the loss, it was a season to remember for the Bulls.

They finish with an overall record of 29-6, earned the program's 2nd trip to the NCAA Tournament, won the program's first ever Tournament game and advanced to the Sweet 16 for the first time.

Cierra Dillard and Summer Hemphill are the lone starters returning to the Bulls next season.