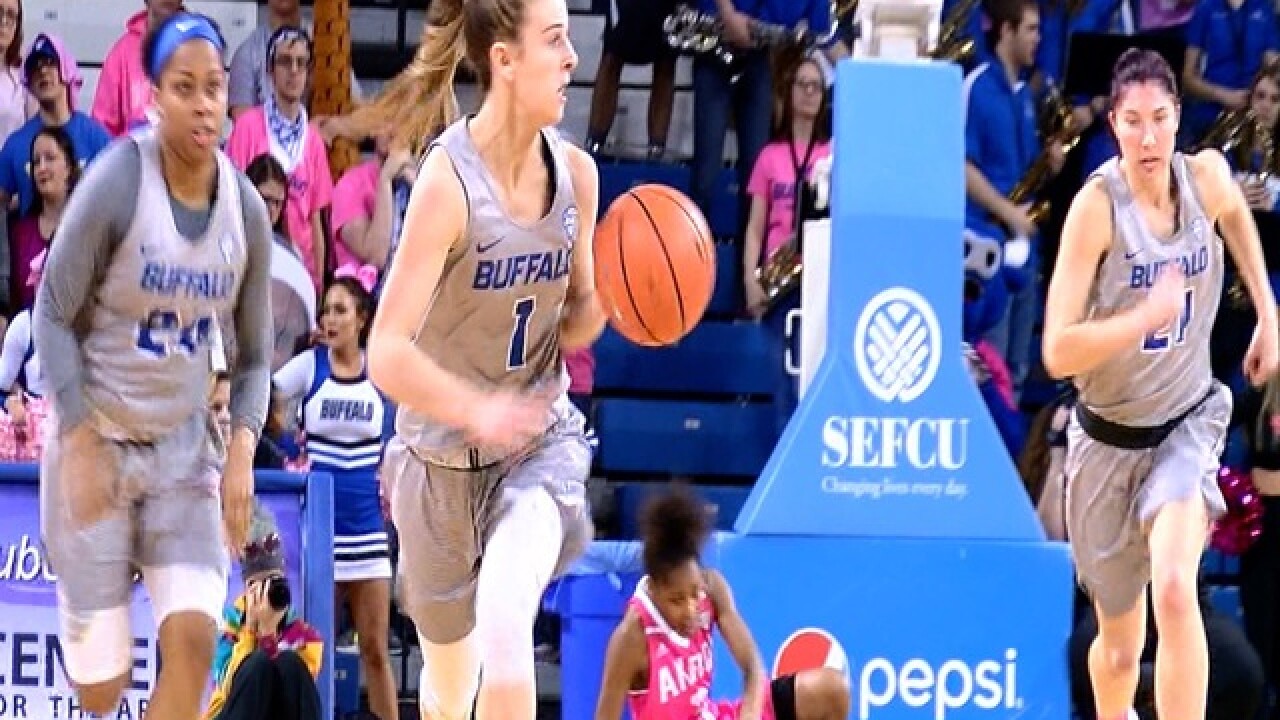 A day after the WNBA draft, two UB women's basketball players have signed with agents in hopes of continuing their basketball careers at the next level.

Cassie Oursler and Stephanie Reid are the latest players from around the country to ink deals with agencies.

Oursler signed with 4 Players Sports, the agency tweeted the news this afternoon. Oursler is a Grand Island native and transferred to UB following three semesters of basketball at Robert Morris. She finished this season averaging 12.7 points, 10.7 rebounds and three blocks a game.

Reid also signed with SIG Sports Management. Reid had an outstanding career at UB, becoming one of the most consistent and best players to come through the program. She started 114 of 116 games throughout her career. This season, she averaged 12.1 points, 8.6 assists, four rebounds, and three steals a game.