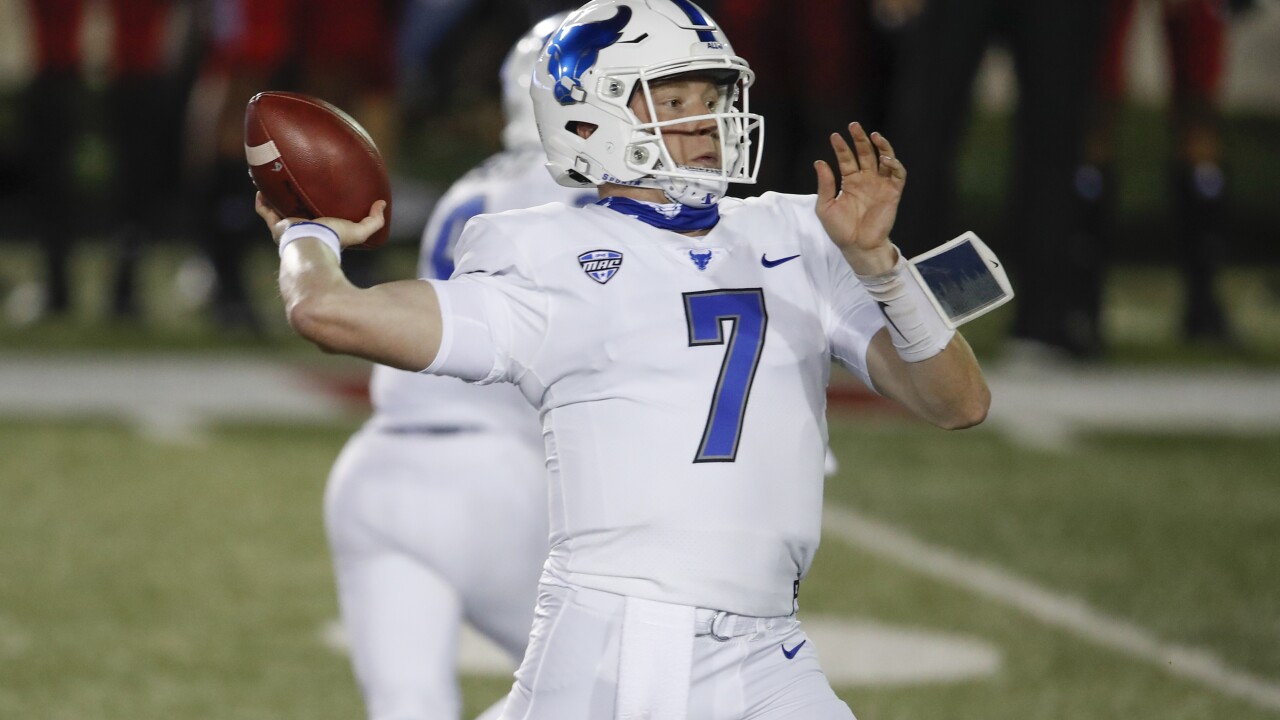 Kamil Krzaczynski/AP
Buffalo Bulls quarterback Kyle Vantrease (7) looks to pass the ball against the Northern Illinois Huskies during the first half of an NCAA football game on Wednesday, Nov. 4, 2020, in DeKalb, Ill. (AP Photo/Kamil Krzaczynski)

AMHERST, NY (WKBW) — After a career-high night against Miami (OH) last week, UB quarterback Kyle Vantrease is getting some recognition from the Mid-American Conference. The junior was named the MAC East offensive player of the week, marking the second straight UB Bull to earn the honor.

Vantrease set a career-high against the Redhawks with 353 yards and four touchdowns. Two of those passes were for over 75 yards [82 yards and 78 yards]. Along with his career best performance, Vantrease turned in a perfect second half with nine completions on nine attempts for 229 yards.

With an average of 292 yards a game, Vantrease currently leads the MAC in passing through the team's first two games. He's also tied for the MAC lead with his six passing touchdowns.