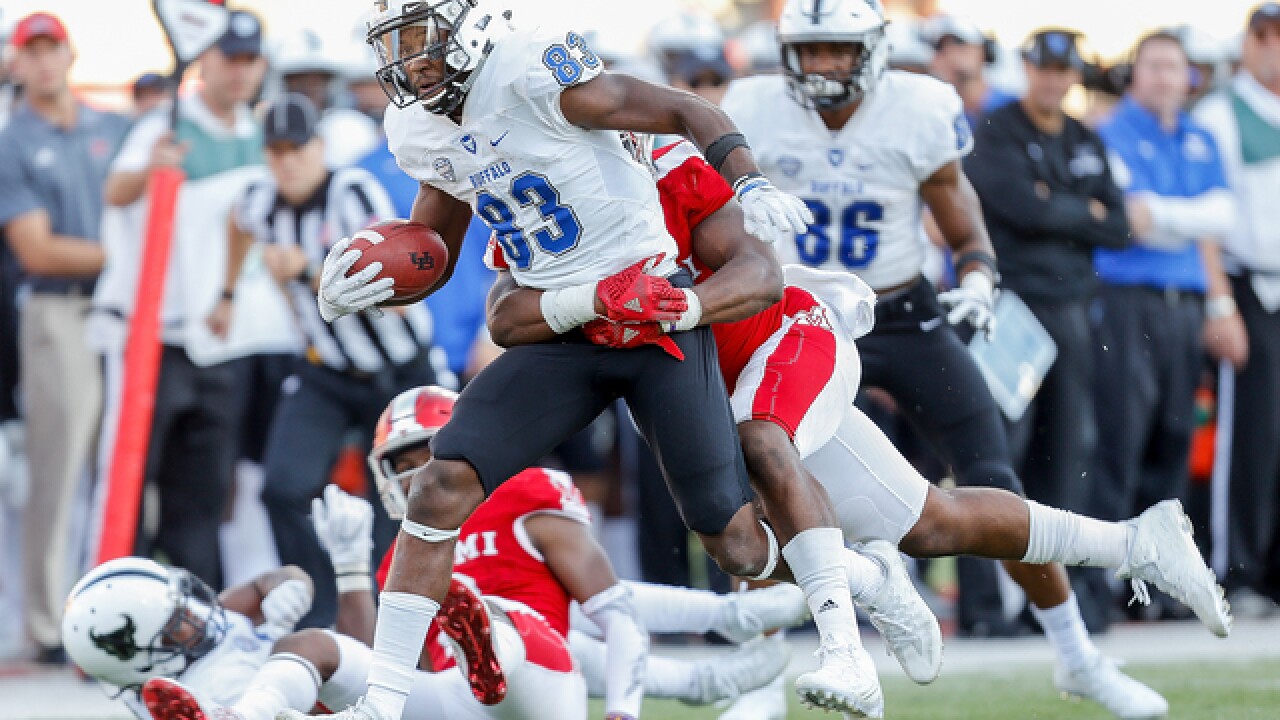 Copyright 2018 Scripps Media, Inc. All rights reserved. This material may not be published, broadcast, rewritten, or redistributed.
Michael Reaves
<p>OXFORD, OH - OCTOBER 21: Anthony Johnson #83 of the Buffalo Bulls is tackled by Junior McMullen #5 of the Miami Ohio Redhawks during the second half at Yager Stadium on October 21, 2017 in Oxford, Ohio. (Photo by Michael Reaves/Getty Images)</p>

UB wide receiver Anthony Johnson has been named to the Biletnikoff Watch List. It's an award that recognizes the most outstanding receiver in college football.

Johnson is coming off a season where he shined for the Bulls. He made 76 catches for nearly 1,400 yards and added a school-record 14 touchdowns. He ranked second in the nation in receiving yards a game and third in receiving touchdowns.

Johnson was also named to the 2018 Maxwell Award Preseason Watch List a few days ago.