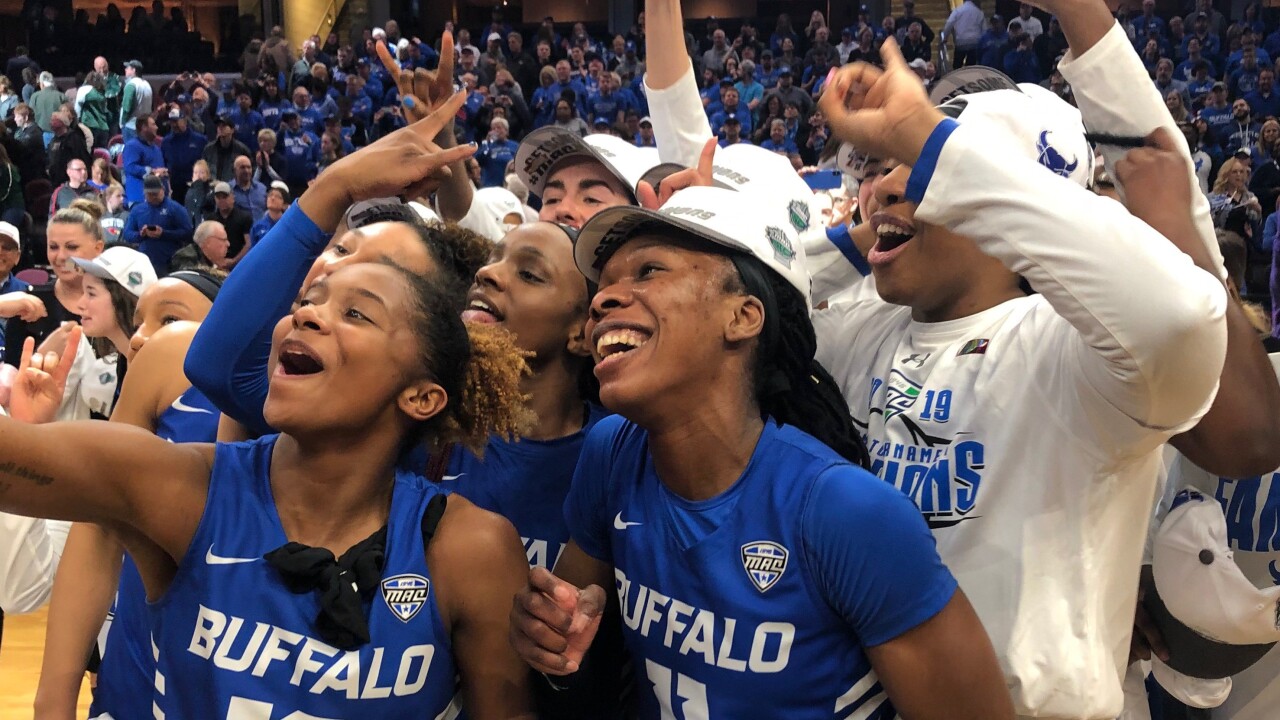 CLEVELAND, OH (WKBW) — For the second straight year, the UB women’s basketball team will be dancing in March.

The Bulls, the 4th seed in the Mid-American Conference Tournament, topped 2nd seed Ohio 77-61 on Saturday afternoon to win the MAC Tournament title. The win also earned them an automatic bid to the NCAA DI Tournament later this month.

The Bulls traded baskets with Ohio in the early parts of this one before taking a nine-point lead after the first quarter and extended that lead heading into the half. The Bulls couldn’t be stopped from three-point range in the first 20 minutes, hitting 8-of-14 shots from beyond the arc.

While the Bobcats tried to cut the deficit, the Bulls never let them get too close in the final two quarters, holding on and winning their first MAC Tournament title since 2016.

The Bulls will learn their NCAA Tournament fate on Monday night when the selection show takes place at 7 p.m.