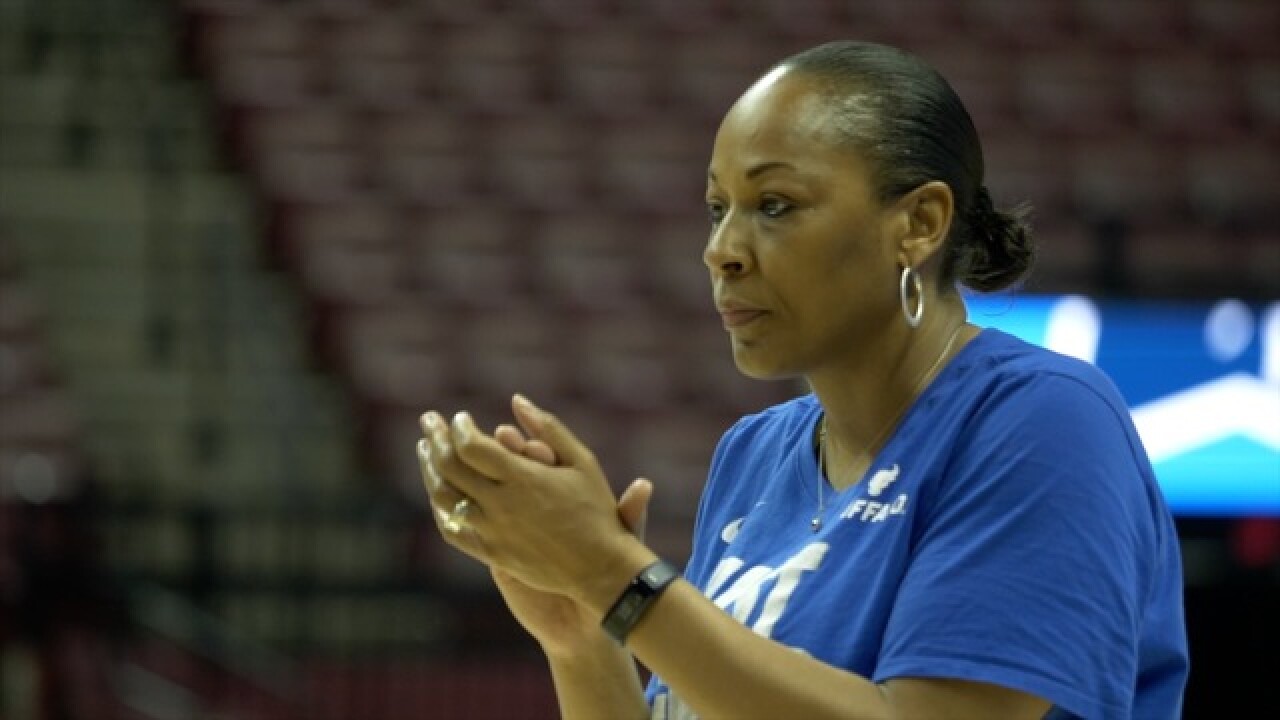 Cinderella has arrived to the dance and she's not going anywhere!

With the win, the Bulls advance to the Sweet Sixteen for the first time in program history.

The Bulls trailed 6-4 early but went on a nice run, outscoring the Seminoles 10-2 to take a 14-8 lead with 4:31 to go in the 1st quarter. The Seminoles stormed back to make it a two-point deficit with about one minute to play in the quarter before Summer Hemphill hit a shot before time expired to give the Bulls a 20-16 lead.

It took 71 seconds into the second quarter for the Seminoles to tie things up at 20-20. From there, it was a back-and-forth game for the next few minutes until the Bulls broke a 28-28 tie with 2:05 left. The Bulls scored six straight points to take a 34-28 lead and after giving up a basket to the Seminoles, continued to pile on a few more points thanks in part to Cierra Dillard who scored eight unanswered and put the Bulls up 39-30 at the break.

The Seminoles came out of the break to score the first basket of the 2nd half but the Bulls responded with seven unanswered points and grabbed their largest lead of the game (at that point), 46-32, with 8:05 left in the 3rd quarter. They led 59-45 heading into the final ten minutes of game clock. The Bulls grabbed an 18-point lead with 8:08 to go after Summer Hemphill made a layup to put them up 65-47. From there, the Bulls took control and were able to maintain a double digit lead for the remainder of the game.

All five of the starters for the Bulls ended in the double digits. Dillard followed up her 36-point first round performance with 22 points, seven rebounds and five assists while Stephanie Reid added 18 points in the win. Summer Hemphill added 17 points and 11 rebounds, Cassie Oursler chipped in with 12 points and seven rebounds while Katherine Ups ended with 11 points. The Bulls shot 48.2% from the floor and finished an impressive 27-of-30 from the free throw line.

The Bulls now have wins over 6th seed South Florida and the 3rd seed Seminoles. They'll now take on 2nd seed South Carolina, last year's National Champions, in the Sweet Sixteen this Saturday, March 24th. The game will be played in Albany, N.Y.