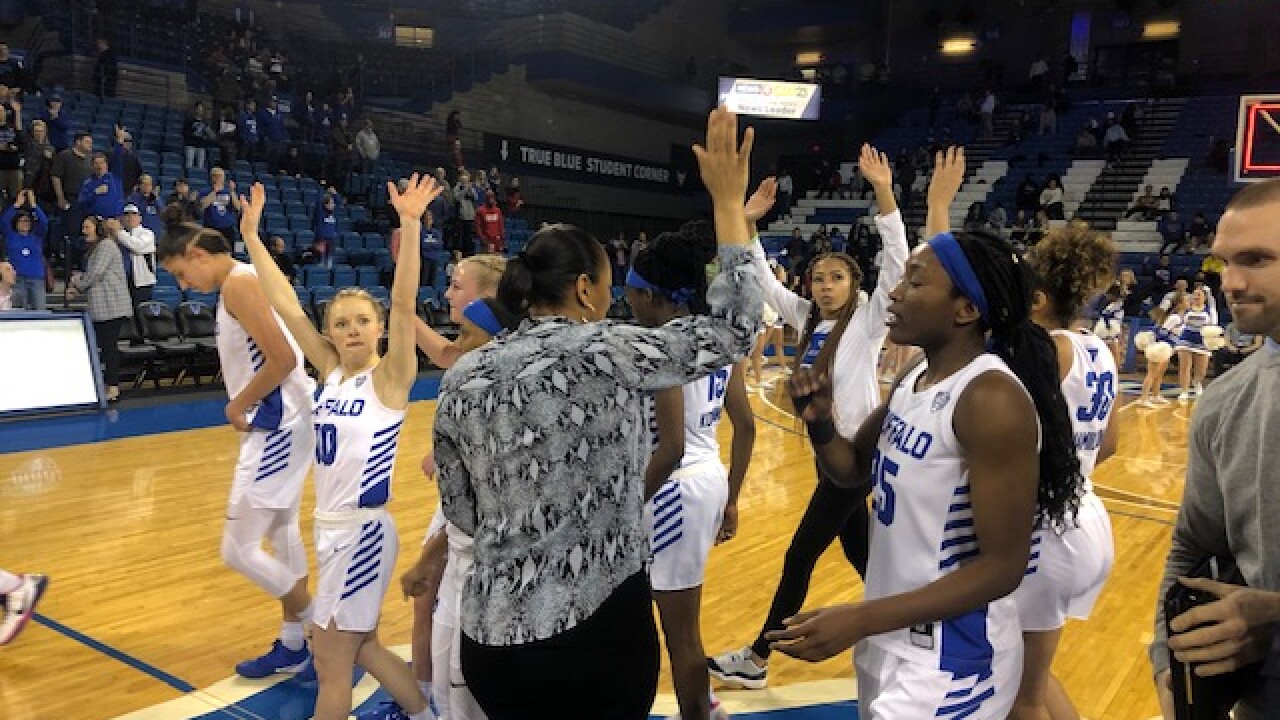 AMHERST, N.Y. (WKBW) — The UB women's basketball team is headed to the quarterfinal round of the Metro Atlantic Tournament.

The Bulls, the no. 6 seed in the Tournament, topped no. 11 seed Miami (OH) 87-72 on Monday night in the first round. The game was played at Alumni Arena.

A hot start was enough for the Bulls as the team scored a whopping 32 points in the first quarter alone, taking a 56-27 lead at the half. Despite being out-shot in the 3rd and 4th quarters, the Bulls had too big of a lead and never let the Hawks overpower them on the scoreboard.

The Bulls had a monster day inside, scoring 48 of their 87 points in the paint. They also scored 25 off turnovers, giving the Redhawks a hard time on their own side of the court.

Dyaisha Fair led the way with 28 points in the win and added five steals. Theresa Onwuka finished with 18 points and a team-high eight rebounds while Hanna Hall added 13 points and five assists.

With the win the Bulls now turn their attention to Kent State. The Bulls and Golden Flashes will meet Wednesday afternoon in Cleveland with the winner advancing to the semifinals.