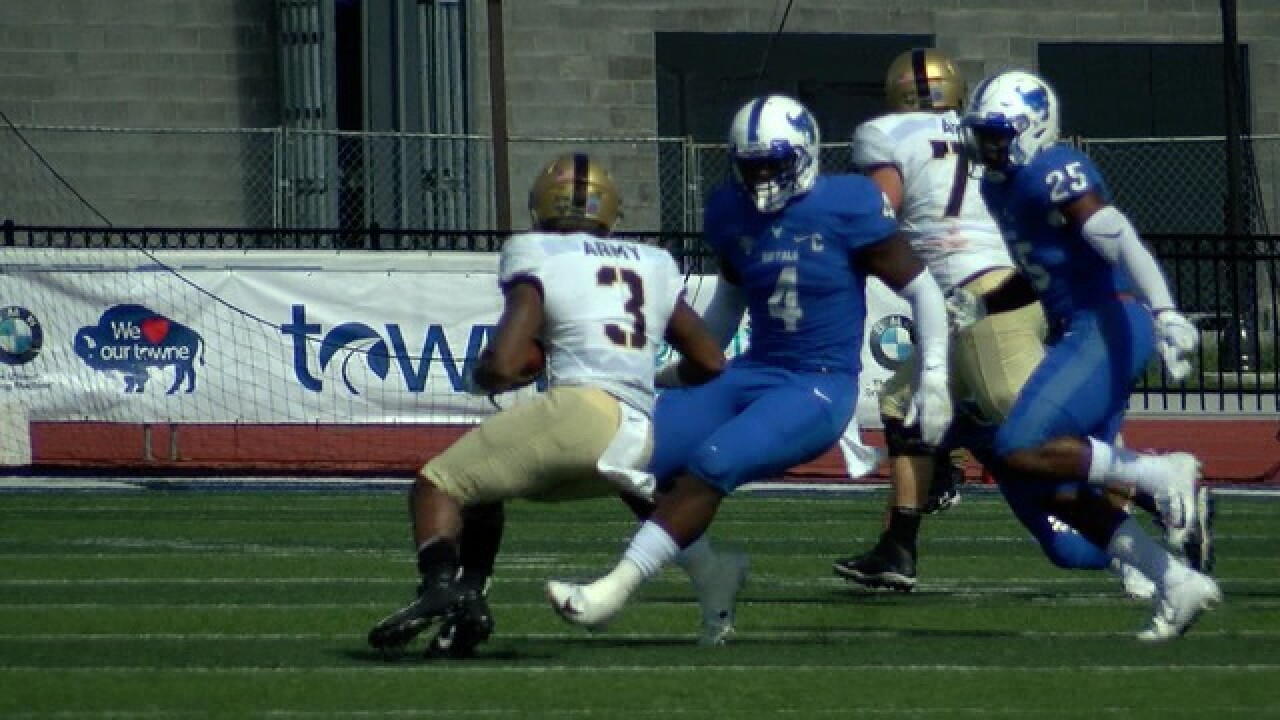 After four straight wins to open up the 2018 season, the UB Bulls suffered their first loss on Saturday in a 42-13 defeat to Army. With the loss, the Bulls fell to 4-1 overall on the season.

It was the 5th largest crowd at UB Stadium with 23,671 people in attendance.

The Bulls defense struggled to stop an Army offense that exploded on the ground all game. They ran 64 times for 281 yards, nearly three times more yardage than UB was able to get on the ground. Emmanuel Reed led the Bulls in rushing with 16 carries for 63 yards.

UB quarterback Tyree Jackson who has been strong and efficient through the first four games managed to complete just 10-of-24 passes for 152 yards and a touchdown. That passing TD was to KJ Osborn for the first score of the game. Osborn led UB's receivers with four catches for 82 yards.

The Bulls will hit the road next Saturday when take on Central Michigan in conference play.