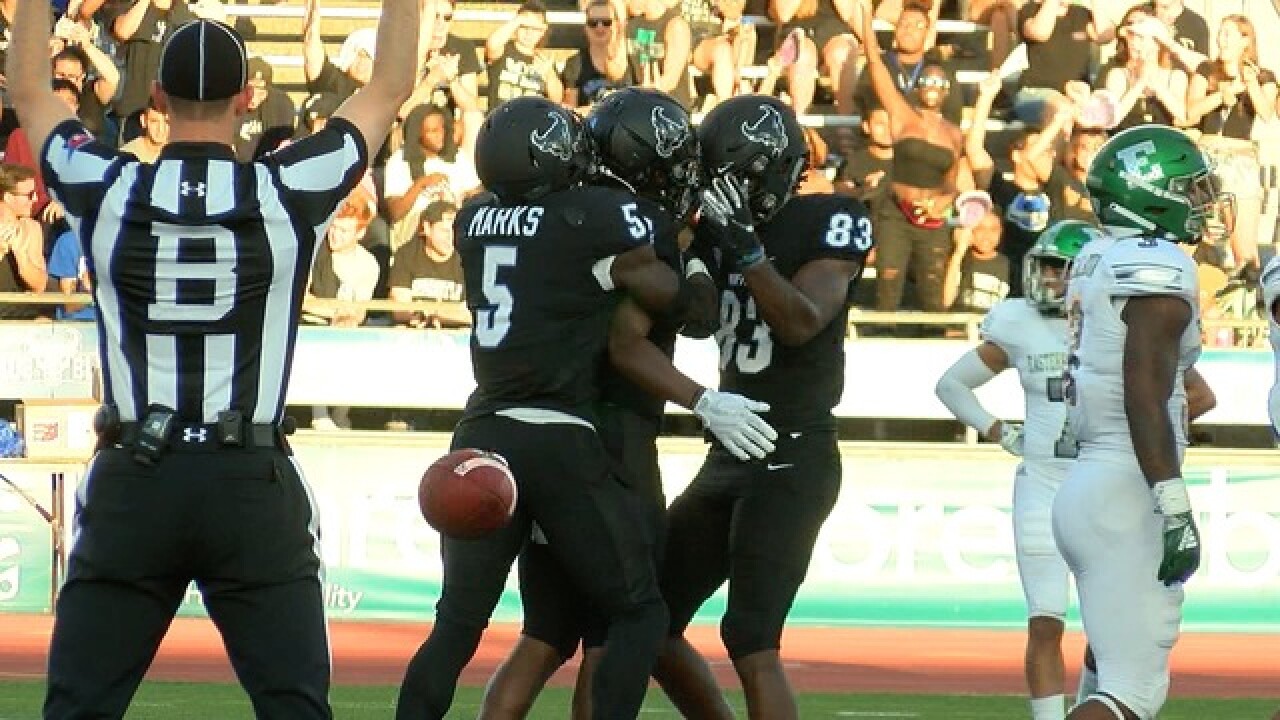 In their first conference game of the year, the UB Bulls stopped Eastern Michigan 35-28 on Saturday evening, keeping their unbeaten record alive. The game was played at UB Stadium.

Three stars of the game:

2. Quarterback Tyree Jackson: Jackson was 21-of-26 for 325 yards and three touchdowns (all to Osborn), averaging 12.5 yards a throw. He has 12 touchdowns in three games, the same number of touchdowns he threw all of last season.

3. Defense: The unit registered a whopping six sacks on the night and tallied eight tackles for loss.

Next Up: Road game against Rutgers on Saturday, September 22nd