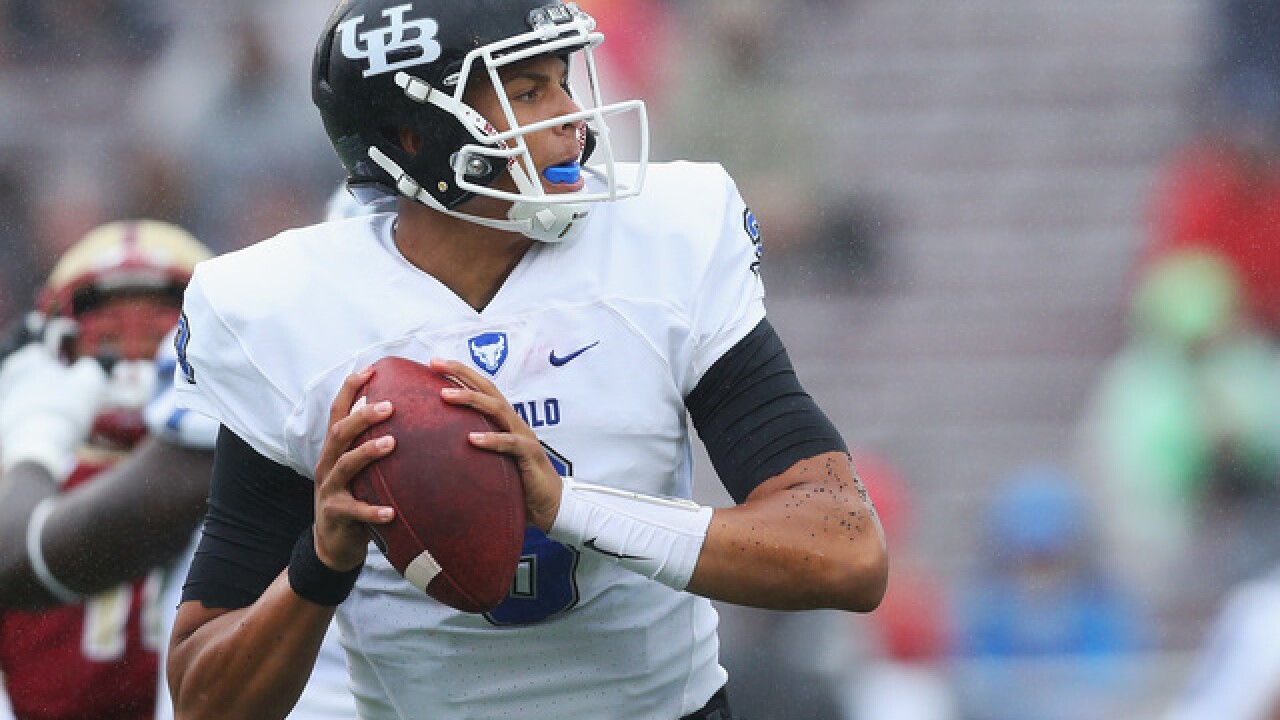 Copyright 2018 Scripps Media, Inc. All rights reserved. This material may not be published, broadcast, rewritten, or redistributed.
Maddie Meyer
<p>CHESTNUT HILL, MA - OCTOBER 01: Tyree Jackson #3 of the Buffalo Bulls makes a pass against the Boston College Eagles during the first quarter at Alumni Stadium on October 1, 2016 in Chestnut Hill, Massachusetts. (Photo by Maddie Meyer/Getty Images)</p>

UB quarterback Tyree Jackson has been named to the preseason watch list for the Davey O'Brien National Quarterback Award. It's an award given annually to college football's top quarterback.

Jackson is coming off a season where he started eight games for the Bulls while also battling an injury. He threw for over 2,000 yards and 12 touchdowns and was only intercepted three times. On the ground he ran for nearly 200 yards and four touchdowns.

Jackson is the first quarterback in UB history to be on the preseason watch list. The semifinalists will be named on November 6th with the three finalists announced on November 19th.