UB proves again why they're a team to watch, beats Rutgers 42-13 on the road 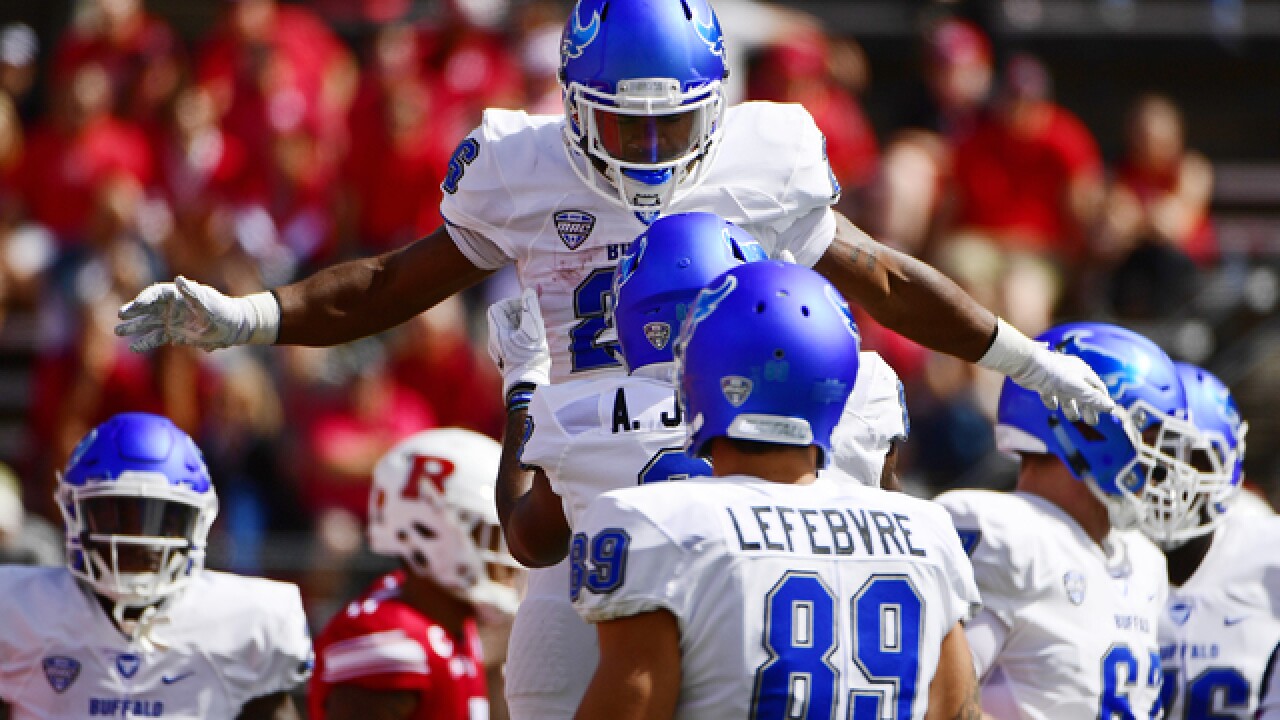 Copyright 2018 Scripps Media, Inc. All rights reserved. This material may not be published, broadcast, rewritten, or redistributed.
Corey Perrine
<p>PISCATAWAY, NJ - SEPTEMBER 22: Jaret Patterson #26 of the Buffalo Bulls is lived by teammate Anthony Johnson #83 after scoring a touchdown against the Rutgers Scarlet Knights during the first quarter at HighPoint.com Stadium on September 22, 2018 in Piscataway, New Jersey. (Photo by Corey Perrine/Getty Images)</p>

Week after week, the UB football team continues to turn heads nationwide. This week was no different.

The Bulls went on the road and stopped Rutgers 42-13. It was the program's first ever win against a Big Ten opponent and fourth straight win of the season to improve to 4-0.

Three stars of the game:

1.) QB Tyree Jackson: Jackson continues to put up big numbers week after week. The junior finished 14-of-28 for 263 yards and three touchdowns. While he did throw his first interception of the season (one of two on the day), he's still having a stellar year under center.

2.) RB Jaret Patterson: We've talked a lot about the UB receivers but this week we have to give a shout out to the run game, especially freshman Jaret Patterson. He had 14 carries for 104 yards and two touchdowns. Get to know this kid by watching the story we did earlier this season on he and his twin brother.

3.) Offensive line: The unit STILL hasn't allowed a sack through four games. Let that sink in.

UB now faces Army at home on Saturday, September 29th. The Black Knights are coming off a 28-21 overtime loss to 5th ranked Oklahoma. Kickoff is set for 12 p.m. at UB Stadium.