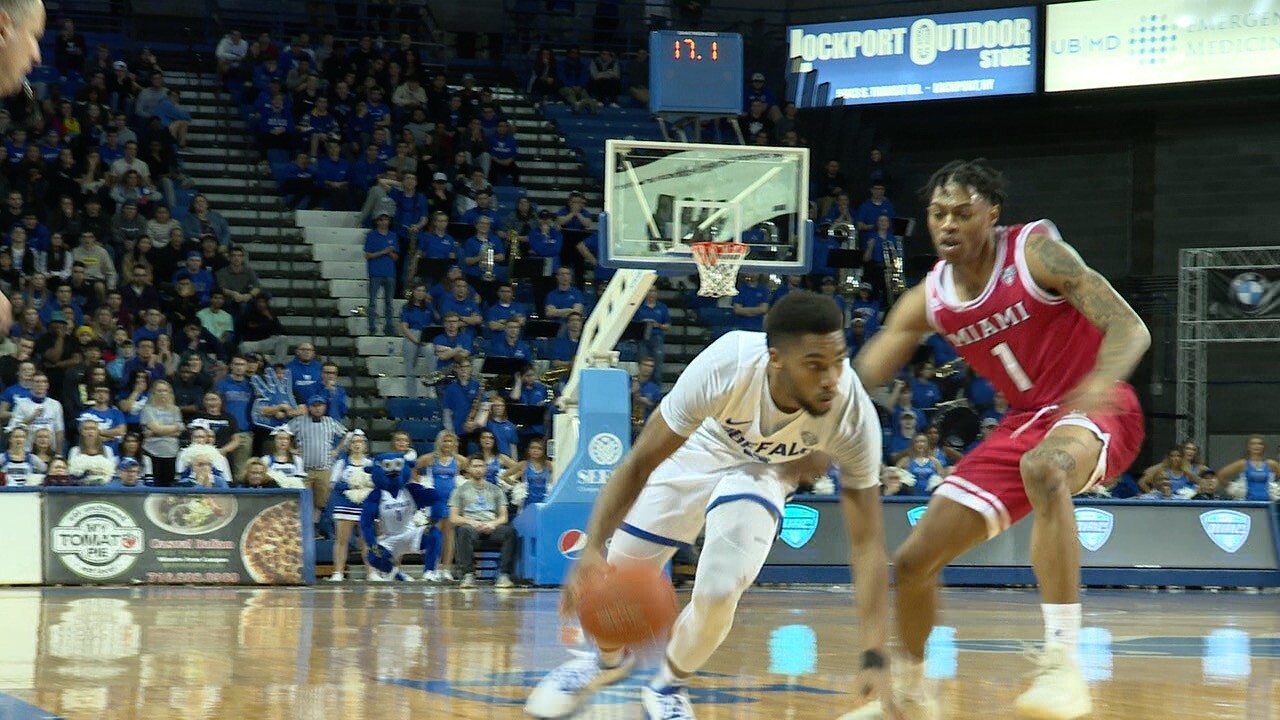 AMHERST, N.Y. (WKBW) — Despite overcoming a ten-point halftime deficit, the season has come to an end for the UB men's basketball team.

The Bulls, the no. 5 seed, fell to no. 12 Miami (OH) 85-79 on Monday night in the first round of the Metro Atlantic Tournament. The game was played at Alumni Arena.

Following a back-and-forth first half, the Redhawks surged ahead to go up 49-39 after twenty minutes. The Bulls though, like a few times this season, fought back and took their first lead of the 2nd half with 15:36 to go. Once again, a back-and-forth battle ensued but the Redhawks took the lead for good with to less than a minute to go.

Ronaldo Segu came off the bench and led the Bulls with 20 points. Jayvon Graves added 16 points and four blocks while Josh Mballa had 13 points and eight rebounds.

UB finishes the season with a 20-12 record and graduates five seniors.